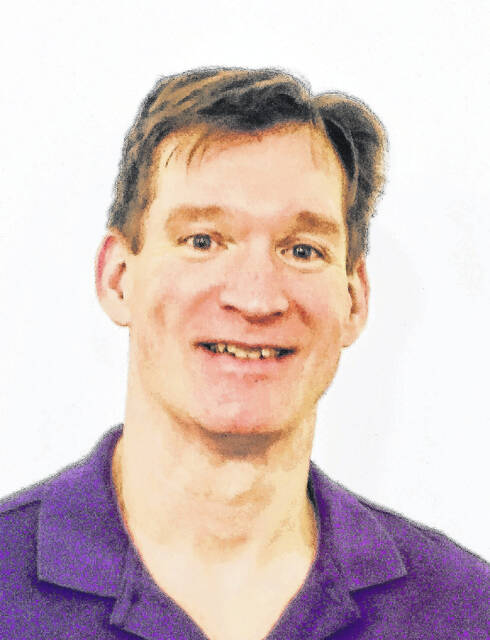 As one of the city’s garbage trucks headed straight for our family station wagon, tears rolled down my little cheeks as I waited for death to take me.

After refueling after our trip to the grocery store, Mom exited the gas station and passed the Dari-Delite before heading down Main Street toward the only traffic light in town.

As we slowed to a yellow light, the municipal vehicle sped through the intersection in an attempt to beat the signal change.

With part above the double yellow line and a row of automobiles on the opposite side lining the street in front of a car dealership, it left little room for our mode of transportation.

Rather than run into a bender with a huge wheelie bin, the minister’s wife opted to take a chance with the horseless carriages parked along the sidewalk.

I grabbed my little sister’s hand in an effort to comfort her as we heard the strange sound of scraping metal against metal with sparks flying in all directions.

One-year-old Kathleen began to cry uncontrollably as large tears filled her green eyes and rolled down her chubby cheeks.

Feeling helpless to protect the toddler from the unfolding situation, not knowing what was going on myself, this kindergartner couldn’t hold back my own sobs.

The horror of the moment ended well when our multicolored 1970 Ford Ranch Wagon finally came to a screeching halt in front of the car dealership.

As mum began untying her daughter in a bid to get her children out of the vehicle, Ted Rusilko, the owner of the auto detailer, came out to offer a helping hand with police sirens blaring in the distance.

When the patrolman got out of the cherry-roofed vehicle and took off his hat, I realized it was Constable Dylan Rossi from the Bentleyville Police Department.

After a quick survey of the area, the young official asked Mom to pull the station wagon around the corner to Washington Street before entering the showroom.

“Officer Rossi,” I said with a glint in my eye and a wide smile spread across my face. “I don’t think I’ll ever see you again.”

“Aww… I’m still just a phone call away boyfriend,” the police sergeant said as he picked me up for a sweet hug. “I was just thinking about you the other day.”

“How’s my junior detective ace,” the smiling city official asked as he tickled my belly with laughter. “Have you caught any bad guys lately?”

“I caught a thief last week,” I said evenly, looking into the policeman’s blue eyes. “But I’m taking a day off today.”

“I left my badge at home,” I added with a smirk as I wrapped my arms around the officer’s neck while resting my little head on the man in blue’s shoulder.

After Mom picked up Kathleen, the law enforcement officer and her favorite little protege led the small parade march up into the car dealership office at the back of the building.

Entering the spacious room, Mom and Officer Rossi sat in the two chairs in front of the business owner’s desk with the youngsters in their laps.

“You know, Ted,” the local government official began, pulling his notebook out of his hip pocket while holding the five-year-old tightly. “This is not the first time you have encountered this problem.”

“Yeah, yeah, I know,” the car dealer admitted with his hands up in surrender. “These boys of mine don’t know how to park cars.”

“I keep telling them they have to hug the pavement,” he added.

“Just to let you know…these vehicles were more than a foot down the street,” the law enforcement officer chided. “Well beyond the white line delimiting the parking spaces.”

“Wait a minute,” the mother-of-three said, glancing between the two men. “So this isn’t the first time this has happened?”

Officer Rossi explained that this is the second accident in as many years that has taken place in front of the car dealership.

Mr. Rusilko rummaged through his office, pulled out a file, and assured the minister’s wife that his insurance policy would cover the cost of repairs to the station wagon.

“I have a feeling, Ted,” commented the police sergeant, looking over the desk at the bearded businessman. “Your insurance company is going to drop you if this continues.”

“You keep criminals off the streets; and you let me worry about my insurance agency,” Mr. Rusilko retorted with a chuckle as he scanned the papers in front of him.

“I will keep the streets safe,” confirmed the blond-haired officer, patting this little boy’s chest on his knee, “with the help of my number one junior detective here.”

“If you give me the keys to the pokey,” I said, removing the young law enforcement officer’s hat and placing it on my own head. “I’m going to lock up all the bad guys.”

The businessman asked mum to fill out paperwork that would speed up the process to speed up repairs.

“If you and your husband would rather make a trade,” said the businessman looking hopefully over his desk, “instead of having the repairs done, just give me a shout.”

“Until you’re ready to leave, Mrs. Price, my junior detective and I will be in the showroom catching criminals,” the blonde-haired local peace officer added.

“I think we’ve already found one,” I noted with a sheepish smile before burying my face in Officer Rossi’s chest.

“From babies’ mouths,” chuckled the local law enforcement official, winking at the business owner before closing the door behind him.

Mark S. Price is a former municipal government/county education reporter for The Sampson Independent. He currently resides in Clinton.