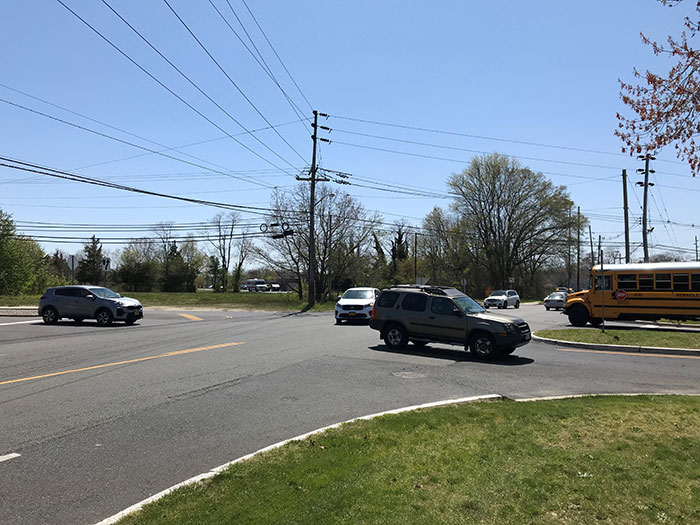 A wrong intersection in Ocean County will get a traffic light

BERKELEY — A busy intersection will eventually have a traffic light for the first time, but drivers will have to wait at least 18 months for it to be installed.

When you cross Route 9 heading towards Ocean Gate, there is a tricky spot. Veeder Lane and Mill Creek Road meet at Ocean Gate Drive. Mill Creek and Veeder have stop signs. Cars approaching stop signs should drive away slowly to ensure they don’t get run over by others. Smart drivers slow down on approach, even if there is no stop sign on their side.

There are many lively areas of the city here. This includes the H&M Potter School, Berkeley Shores, Berkeley New Crossovers, a way back to the ShopRite, and just about everyone in Ocean Gate.

The county’s engineering department analyzed the area and decided it warranted a traffic light.

That means the New Jersey Department of Transportation had to go along with the project, said a representative from the Ocean County Department of Engineering.

It’s close to Route 9, a road that already has problems, and the state is trying to deal with local changes that would impact it even more. Fortunately, the state agreed that the signal was warranted.

The project is still in the design stage, they said. It is expected to be able to bid in late 2023. Since the design must be DOT approved, the county may be required to meet the DOT schedule.

“We have received many complaints about this busy intersection,” Mayor Carmen Amato said. On Memorial Day and the summer months, when the Berkeley Shores snowbirds are back in town, there is an increased volume of vehicles passing through this area.

“We asked the county for a speed study,” he said.

The city council recently passed a measure officially declaring its support for the light.

The county studied crashes in this area from January 1, 2016 through July 25, 2019. 16 crashes were reported during this 2.5 year period. Only one of them injured anyone. There were no fatalities.

They all happened between 11 a.m. and 6 p.m., Tuesday through Saturday. No accidents were reported on Sunday or Monday. Almost all of them were on a dry road during the day.

The type of collision was also recorded. There were nine right angle shots and four left turns or U-turns. Three were rear endings. There were none, for example, that were side hits or head-on collisions. None of them involved pedestrians or cyclists.

However, it should be noted that locals already know the intersection is bad and they should slow down and be careful. Having few serious accidents could be a reaction to driver knowledge.