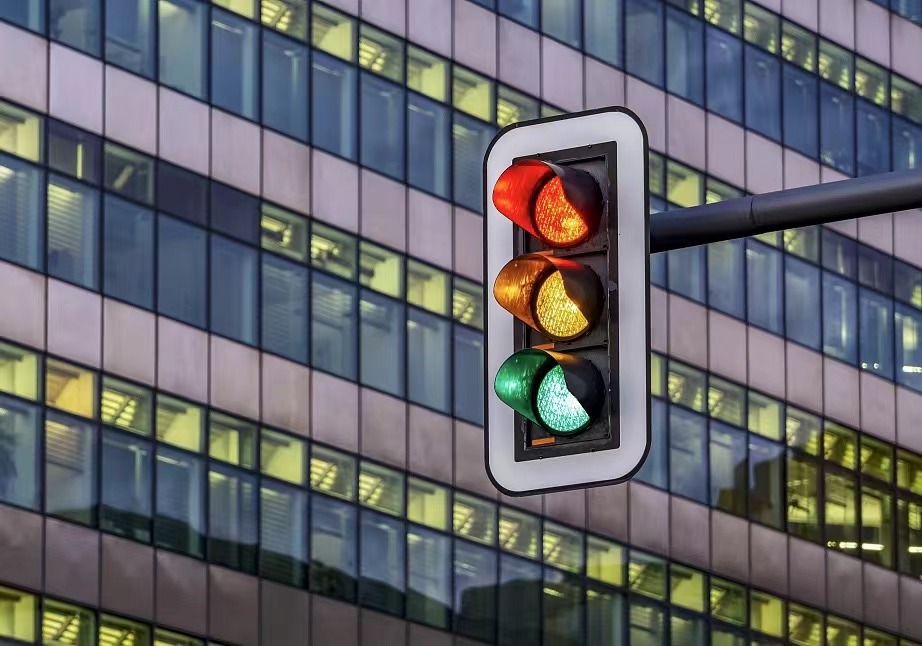 Are the “new” traffic light rules too complicated? Chinese netizens discover they may have misread the guide

No one would have thought that a traffic light system adopted nationwide for five years could suddenly take over all the trending search bars on social media platforms in China and spark a huge controversy du jour. on the next day.

On Monday morning, a group of eight images depicting different scenarios formed by a total of nine traffic lights placed together sparked heated discussions among the public, with some criticizing the “new design” as being too complicated and confusing. However, the institute responsible for the system, the Traffic Management Research Institute of the Ministry of Public Security, released a statement on Monday evening saying there was no new national standard for traffic lights. to be implemented in 2022.

The Global Times found that the “new” traffic lights were actually rolled out in 2017 and brought more convenience than chaos to road traffic. Moreover, these complex scenarios are only applicable in rare cases and would not affect normal road traffic.

The outcry began on Sunday, when “Sun Zhengliang”, who claimed to be the designer of the latest national standard traffic lights, live-streamed the rules for the new lights, but was forced to log off 10 minutes later after being heatedly criticized by viewers. .

Late Monday, the Ministry of Public Security’s Traffic Management Research Institute confirmed that someone had used the name and photos of Sun Zhengliang, a staff member who works at the institute, to make a live broadcast. The statement also said that Sun has not opened any social media accounts or broadcast live.

According to media detailing the changes in the new version, regions in China will use more specific unified panels, involving a total of eight scenarios of different combinations of nine lights.

While some hailed the move to combat traffic chaos and reduce the risk of pedestrians being hit by right-turning vehicles, others expressed displeasure with the new rules, calling them an unnecessary adjustment not not only difficult to learn and remember, but also posing greater dangers, as drivers and pedestrians would need more time to react.

When the Global Times contacted a number of local traffic management bureaus on Monday, including Beijing, southwest China’s Sichuan Province and southwest China’s Guangdong Province, they said that they had not received any notification to replace the current traffic lights.

It turned out that the “new” rules are in accordance with the guide entitled Specifications for Road Traffic Signal Setting and Installation published in December 2016, which means that they were already adopted about five years ago.

In the guide, the combination of nine traffic lights is classified under “special use” rather than “common use”, specifying that such combinations would only be adopted in rare or extremely rare cases, whereas current traffic signs are sufficient for daily travel. – daily trips.

Jiangning Popo, a famous blogger and social event watcher on Sina Weibo with nearly 6 million fans, said such lights have already been used in Nanjing, east China’s Jiangsu Province, for a few years. The reason why many claimed not to have seen it could be that the lights did not bring any confusion and thus escaped people’s attention.

“For large intersections, these types of lights are actually quite useful because they improve traffic efficiency,” the blogger said.

Shanghai has also implemented the latest national traffic sign standard in recent years, The Paper reported on Monday. As for the special nine-light suit, Shanghai has not applied this type, a Shanghai traffic police official said, according to the report.

The “new” rules also sparked controversy over the “removal” of the popular countdown timer for signal changes. However, the 2016 version of the guide did not mention whether countdowns should be used or not, and it was up to individual regions to use it for the convenience of residents.

Sun Zhang, a public transport expert and professor at Shanghai Tongji University, told the Global Times on Monday that the countdown should not be canceled but promoted nationwide. “This allows drivers and pedestrians to make judgments and take the initiative upstream, which is beneficial for road safety and efficiency,” he said.

Huang Ziting contributed to this story