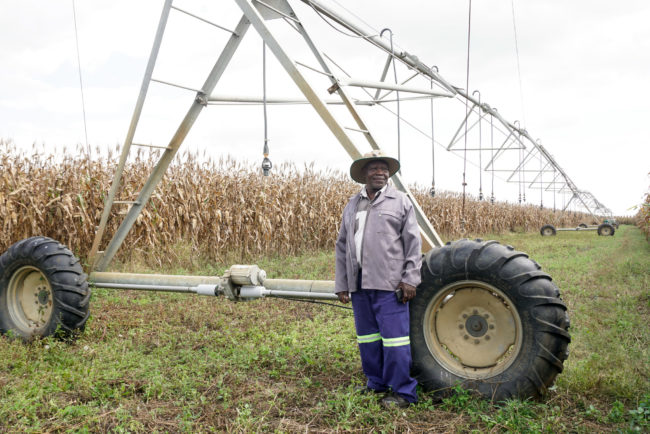 HARARE, ZIMBABWE – War veteran Edward Tongoona started farming in 2008, after receiving land under a controversial scheme that redistributed Zimbabwe’s large commercial farms, mostly owned by white farmers, to black farmers . Like many other farmers, Tongoona has no title to his land, only a letter of offer from the government. This made it difficult for him to obtain a bank loan.

This limited access to credit – particularly for growing maize, a national staple whose production had fallen by nearly two-thirds by the time Tongoona took up farming – is one of the reasons why the Zimbabwean government introduced a contract farming scheme, popularly known as Command Agriculture, in 2015 which aims to reduce the country’s growing dependence on maize imports. Under this program, in the form of a loan, the government provides farmers with fertilizer and seeds for one season in exchange for 5 tonnes of maize per hectare, the cost of which is deducted after harvest.

Tongoona started participating in the program in 2018. “I joined because I didn’t have enough money to buy everything I needed in agriculture,” he says. “Since then, a lot of things have changed for me. I was able to buy two tractors and other agricultural equipment. Each season, he produces up to 250 tons of maize on his 34.8 hectares and sells it to the Grain Marketing Board, a government body that acts as an intermediary between farmers and millers. “It’s a good program. This should continue as it helped me transition from a small farmer to a more pronounced commercial farmer,” says Tongoona.

Not everyone feels this. Since its inception, the Command Agriculture program has been marred by criticism, ranging from skepticism about its usefulness in boosting Zimbabwe’s food security to accusations of corruption and cronyism. According to government watchdog Veritas, Zimbabwe accrued a “significant portion” of its sovereign debt – which as of September 2021 stood at $13.7 billion – after the program began. “Funding Command Agriculture has disproportionately bled Zimbabwe’s finances,” reads a recent Veritas report, “with little commensurate benefit to the public.”

In 2017, 54% of farmers enrolled in the program defaulted on their loans — in 2018, that number rose to 81%. Prince Kuipa, chief operating officer of the Farmers Union of Zimbabwe, which represents more than a million households, says it is an unfair burden on Zimbabwean citizens “because most taxpayers have no farms”.

“The best way to finance agriculture is not through the government, given its tendency to write off debts,” Kuipa says, adding that the government’s role should be limited to building roads and ensuring proper storage of crops. . “The private sector is more efficient in managing loans. » 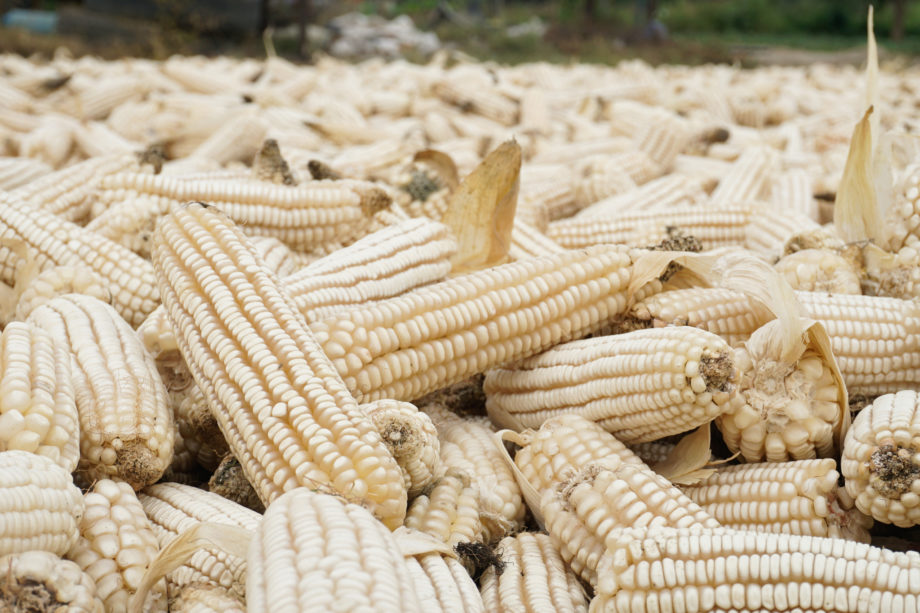 Harvested maize, produced under Zimbabwe’s controversial Command Agriculture programme, lies on the ground on a farm outside Harare.

Tawanda Murwira is one of the farmers who have defaulted this year. “I only managed to repay part of the loan this year, even though I intended to repay it all,” he says. “The yields weren’t good.” Zimbabwe is expected to have a below-average maize harvest this year, partly due to delayed rains, but Murwira reports other delays as well. “I didn’t get all the inputs I needed, and the few that I did, I didn’t get on time,” he says. “We would be sent goose hunting all over the province to get all the inputs. It really affected the timing of our planting and ultimately the production yield was affected. »

The results have been downright contradictory, according to the Zimbabwe Democracy Institute, a local think tank that evaluated the program in 2020. On the one hand, maize production and deliveries to the Grain Marketing Board appear to have increased under the program. ; the other, his report notes, food insecurity and maize imports have also increased. One of the reasons for this apparent contradiction, according to the report, is that the ruling party and “securocrats” – a term used in southern Africa for police and military who wield political influence – run the agriculture of command as a form of patronage, and its revenues have been “a very powerful means by which supporters of the regime are financed, incentivized and rewarded”, making it “very difficult to translate bumper harvests into food security and reduced imports corn”.

Well-connected farmers tend to receive inputs before others, says Murwira; moreover, he says, the inputs for the program are sometimes sold on the black market, sometimes by the military officers in charge of distributing them. A 2020 survey of 200 beneficiaries and stakeholders by the Zimbabwe Democracy Institute found that 64% believed the program was riddled with corruption. The House Public Accounts Committee alleges that about $3 billion was misappropriated under the program. Asked about the allegations, Deputy Agriculture Minister Douglas Karoro said he would respond – but days later he was arrested for allegedly stealing agricultural inputs from the Presidential Input Scheme, a program similar to Command Agriculture. . He has since been fired; the Agriculture Ministry did not respond to further requests for comment. 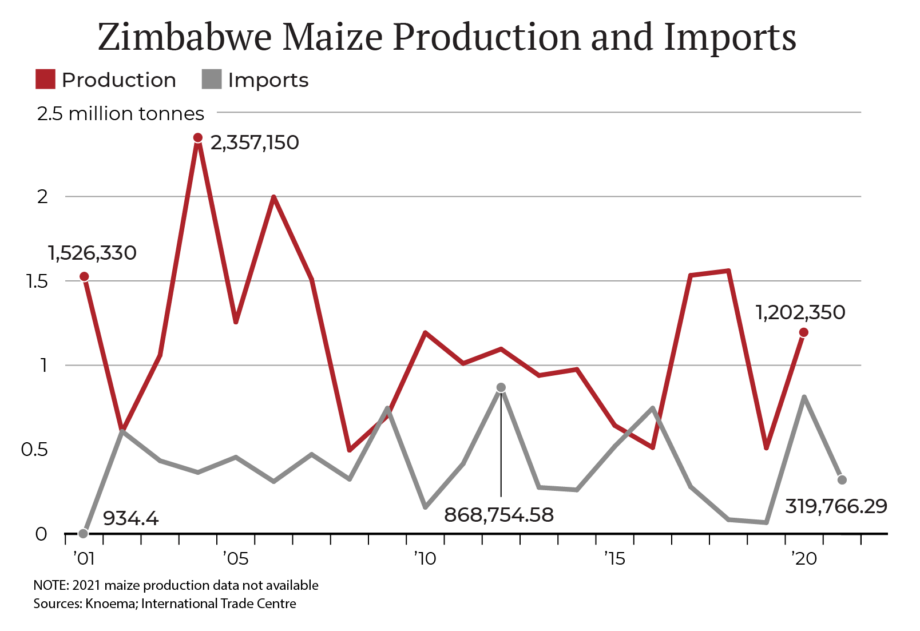 Although corn production has increased in recent years, says Andrew Pascoe, president of the Commercial Farmers Union, the program has affected other areas of agriculture as well. “It also tends to push all inputs out of the market, leaving those that don’t grow under Command Agriculture in short supply,” he says, adding that late payments to input suppliers have a ripple effect on production. of inputs. “Funding for commercial agriculture should be left to the private sector,” he says, “while government focuses on creating an enabling policy environment that encourages production.”

Freedom Mazwi, a Harare-based agrarian researcher, disagrees. Agriculture is too important to be left to the private sector, he says, refuting the prevailing idea that Zimbabwe’s dependence on maize imports is linked to land reforms initiated in the 2000s. and the International Monetary Fund have urged Zimbabwe and many African states to withdraw from financing agriculture, and what have been the results? Export crops have flourished, but the country has started to be a net importer of cereals,” he says. “African governments can learn a lot from Command Agriculture. Recently, the Rwandan government announced that it would take a similar approach in the wake of the Russian-Ukrainian war, which left many African countries food dependent.

He also notes that agricultural inputs are priced in US dollars while payment for agricultural output is largely made in the local currency, the Zimbabwean dollar (ZWL), which continues to lose value. “This means that farmers who are paid in ZWL find it very difficult to buy inputs for the next farming season, which are pegged to the US dollar,” he says. 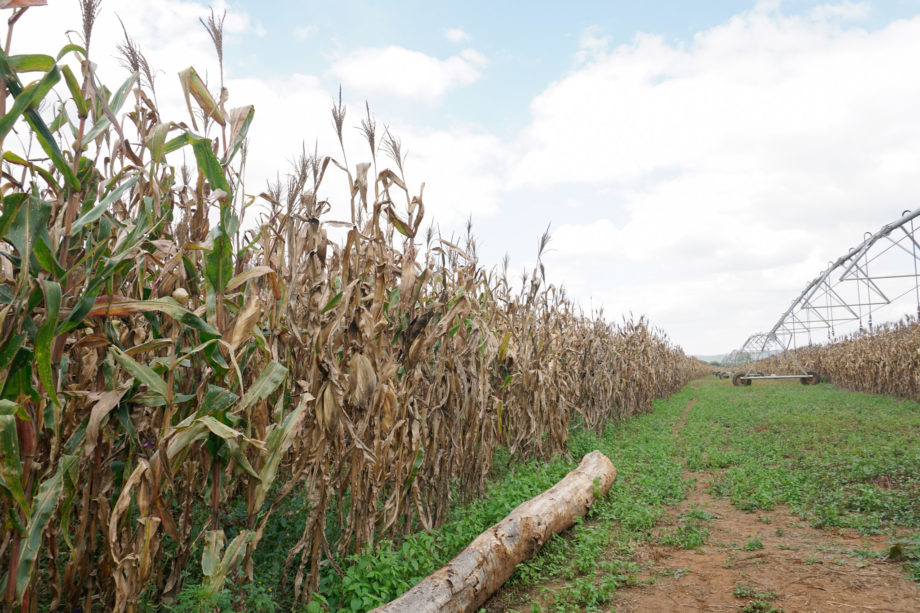 Rows of maize are ready to be harvested at a farm in Porta, near Harare.

Mazwi acknowledges that the program is not without flaws. He and his fellow researchers recommend more targeted selection of Command Agriculture beneficiaries — in particular, larger mechanized cultivators with a proven history of corn production. (Aid for small farmers, he adds, can be channeled through other programs.) “It is true that there were imports of maize after 2016, when the initiative was introduced. for the first time,” he said. “Droughts are the main reason. This is why we suggest that beneficiary selection targets farmers with irrigation facilities and large farms to act as a buffer against droughts and other climatic shocks. If this is complemented by a good pricing framework, it can go a long way towards enhancing national food self-sufficiency.

Murwira, however, has decided to step down for the time being. He focuses on self-financing next season’s harvest. “If run well, it’s a good program, but right now it’s riddled with confusion and corruption,” he says. “As things stand, I will no longer apply for funding under Command Agriculture or any government-supported funding. Agriculture is time sensitive, and time is not essential in these programs. »

NEWS | The cost of installing mobile traffic cameras in and around Hereford could cost around £100,000