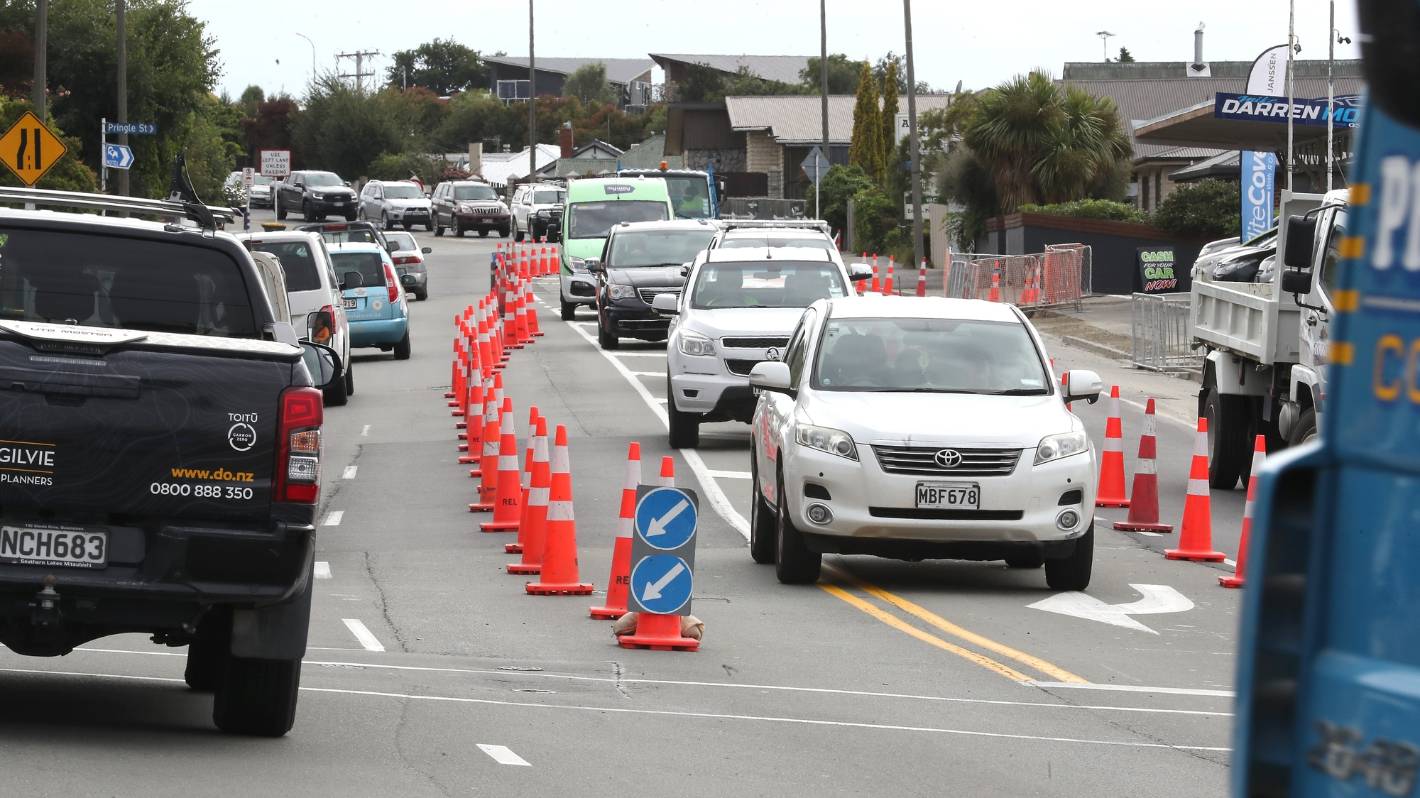 Daniel Naude says drivers speeding in road works are a national problem and not just a Timaru problem.

Inconsistent temporary traffic management strategies can be a cause of drivers speeding up on ongoing road works, said South Canterbury’s road safety co-ordinator.

Daniel Naude said drivers no longer trust signs posted near roadworks and the problem persists across the country, not just in Timaru.

“I think it’s because of the inconsistent deployment of signs on construction sites,” Naude said.

“Like in some places where drivers are warned of upcoming road works and nothing happens.”

Naude said they had tried to resolve the issue and had “many conversations” with contractors to put temporary management plans in place in a consistent manner.

“It comes from my experience of talking to many people over the years. Different companies have different signs in place. There’s a national process for doing that.

“Some speed limits near road works say 30 kilometers per hour, 50 km/h and in some places there is no speed limit.”

He said drivers want to know if it is necessary to slow down and to be informed of the reason for slowing down.

“It’s the fastest way to lose your license,” Naude said of drivers speeding through roadworks.

“Usually the police come out to check after receiving complaints from contractors about people breaking speed limits and putting them in danger.”

A police spokesperson said the speed at which motorists drive past roadworks is “always a concern” for them.

“Temporary speed limits are set for the safety of contractors and people often don’t comply,” the spokesperson said.

“Timaru Police are constantly aware of this problem, but it is not a persistent problem and there has been no particular increase in complaints of this nature.”

They said there was a “significant amount” of road infrastructure upgrades going on, so their aim is to make sure these places are safe.

“Our advice is always to slow down and drive carefully within the posted speed limit.”

Drivers who choose to exceed the temporary speed limits could receive various fines for different speeds exceeded, as well as demerit points for those apprehended.