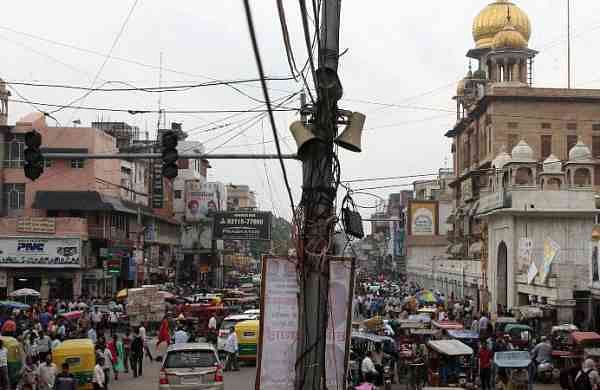 NEW DELHI: After pedestrianizing the congested Chandni Chowk, the Delhi government plans to use the Intelligent Traffic Management System (ITMS) to manage vehicle movement, safety and reduce traffic violations in the region . ITMS with high security CCTV systems will be provided on the section between Lal Jain Mandir and Fatehpuri Masjid. It will also be the first highway in the nation’s capital to benefit from a fully integrated traffic management system.

Currently, around 150 speed cameras and RLVDs, part of the ITMS, are installed by the Delhi Traffic Police across the city for traffic management. However, Chandini Chowk Road will be the first to get a full-fledged ITMS, CCTV system with individual MAC address for each camera, control room, video management system (VMS), e-Challan generation software , an investigation scene building server and other facilities.

The ITMS and CCTV system will be monitored from a central control room at Chandni Chowk as well as ACP Daryaganj office and Delhi Police Traffic Control Room, Todapur. The system will be integrated with the existing Delhi Traffic Police (RTO/NIC VAHAN) system. According to the Public Works Department (PWD), around 150 HD quality high security CCTV cameras with red light violation detection and Automatic License Plate Recognition (APNR) will be installed.

APNR will automatically detect a vehicle’s license plate with at least 70% accuracy during the day and 60% at night. Besides, it will also track and store the color, license plates of the vehicles and alert the police if the vehicle is stolen or suspicious. “A wanted list under this APNR system will be created with high functionality to enter license plate numbers into lists such as Wanted, Suspicious or Stolen,” an official said.

It will have the capacity to store at least 10,000 suspect vehicles at a time and will generate an alert if any of the vehicles cross the stop line (whether the signal is green or red). It will make it possible to trace the movement of a vehicle on Google Map to help the forces of order, specifies a person in charge. The cameras of the RLVD will capture the license plate of vehicles violating the red light and generate e-challans. These systems will also store archived video to help police reconstruct a crime scene. The tender for the project has been launched and the estimated cost is Rs 2.43 crore. The project is personally overseen by Chief Minister Arvind Kejriwal and the Delhi High Court.