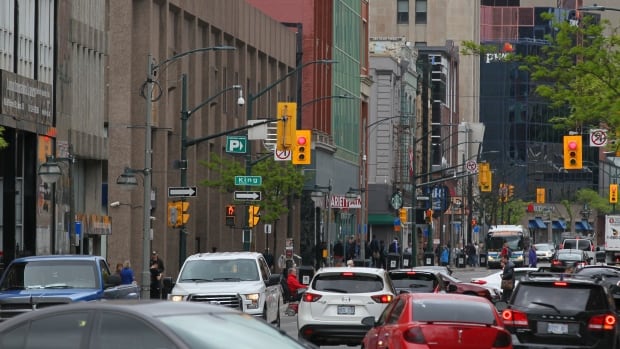 It will replace the city’s aging synchronized traffic light system. State-of-the-art microcomputers using broadband communications will be installed at over 400 city intersections.

“It’s the brains behind everything we do at this point,” says city traffic engineer John Kostyniuk.

ATMS will help engineers adjust traffic lights more efficiently. It also involves mounting closed-circuit cameras at key locations across the city to help deal with situations such as collisions or traffic delays in real time.

The city is also planning to establish a transport management center to monitor traffic problems.

The goal, says Kostyniuk, is to reduce delays and driver frustration.

“If we see something wrong, we want to be able to adjust things as quickly as possible and hopefully inform motorists via social media… and try to inform drivers a little faster.”

ATMS – the main intersection hardware – would be the first acquisition and more elements would be added to it over time.

Kostyniuk likens it to buying a smartphone.

“We get the smartphone with the brain first. But then you can add things that could be related to data or hardware, like additional sensors in the field.”

The total cost of the entire traffic management system – to be built in stages – is estimated at $ 28 million.

The first step – the $ 4.4 million of the brains of the system – has yet to be approved by the entire city council.

The new traffic system will remain in Elkin