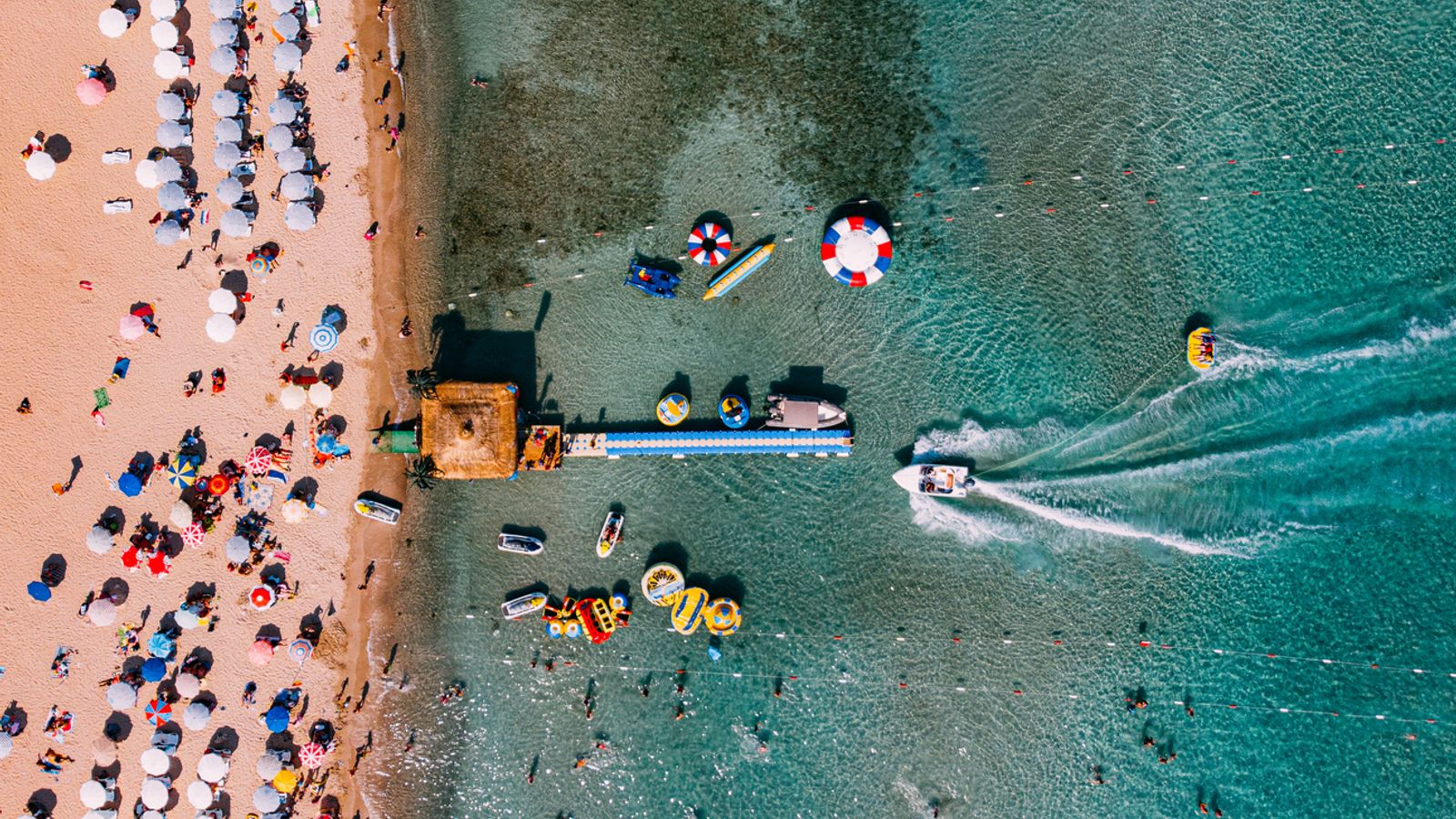 Northern Ireland has said it will follow many UK COVID-19 rules regarding international travel as holiday companies see a surge in bookings.

The country’s traffic light system for international travel will change from October 4 with a single “red list” of destinations and a “streamlined process” for travelers from the rest of the world.

Travel agencies say they have seen an increase in bookings after the UK government announced that the current system of red, orange and green country traffic lights would be scrapped for England, also on October 4.

Transportation Secretary Grant Shapps revealed on Friday that the system will be replaced early next month with a single red list of destinations.

From that point on, travelers arriving in England from the Red Countries will be required to self-quarantine at a government-supervised hotel.

Fully vaccinated people will no longer need a pre-departure test before returning to England from destinations not on the Red List, and from the end of October they will be able to replace the day two PCR test with a cheaper side flow test.

Eight countries are removed from the red list, including Turkey and the Maldives. PCR testing will still be required for unvaccinated people.

One expert backed the rule change because, he said, high rates in the UK mean it would be “rude” to have obstacles in the way of overseas travel.

Steve Heapy, chief executive of Jet2, says that “£ 1bn spent by holidaymakers on PCR tests” only about “1% was genomically sequenced” for worrying variants as he welcomes changes to the rules of coronavirus journey which will take effect from October 4 https://t.co/lqkze9PK0v pic.twitter.com/GtLTjJlkAJ

Dr Simon Clarke, associate professor of cell microbiology at the University of Reading, added that travelers would be as likely to catch COVID while traveling to Torquay as in Turkey.

Jet2 boss Steve Heapy told Sky News the “responsible thing to do” was to reopen step by step.

He said: “Other areas of the economy are pretty much back to normal – you can go watch a football game among 75,000 people without having a side test or proving your vaccinations.

“I’m in favor of a complete return to the old normal, but doing it in stages seems reasonable. It’s a good first step.”

After announcing earlier that Jet2 bookings had increased “by more than 250%”, he added that being on a plane was “extremely safe” due to the air being recirculated every three minutes and the filters used.

Paul Charles, travel consultant and founder and boss of the PC agency, told Sky News that the changes in international travel were “a major step forward” and would help build confidence.

But he added that there were “many unanswered questions” after the government chose to keep some countries on the red list despite changes to travel rules.

Thomas Cook chief executive said customers are “already booking en masse” following the last trip changes, with the vacation company having its second best day of bookings alone this year on Friday and expecting its “best weekend yet”.

Airlines, including British Airways and easyJet, have also welcomed the major relaxation of travel rules for people entering and leaving England – but have increased pressure on the government to remove test requirements absolutely.

Please use Chrome browser for a more accessible video player

TUI also said it has already seen “an increase in bookings for Turkey in October” and expected a further increase in customer confidence with the new rules.

Meanwhile, online travel platform Skyscanner said it saw a 133% increase in traffic within 30 minutes of Mr Shapps’ announcement, with “huge increases” in searches for destinations such as Turkey and the Maldives.

The optimism was not shared by all, however, with one scientist warning that the latest changes could not only risk the arrival of new variants, but make it harder to detect them if they do.

Professor Lawrence Young, professor of molecular oncology at the University of Warwick, said: “The main concern is what this means for the genomic sequencing of the virus. How are we going to ensure that those with a positive lateral flow test isolate themselves and pass a PCR test?

“There is no transparency behind this decision making”

Paul Charles, founder of the PC agency, said “there were still many unanswered questions” after the government chose to keep some countries on the red list despite changes to travel rules. https://t.co/lqkze9PK0v pic.twitter.com/VnNVhI5j9t

“It is likely that this approach will reduce our ability to effectively monitor the introduction of new variants into the country.”

The Scottish government has said it will ditch the traffic light system but will not follow England in removing the requirement for pre-departure testing for fully vaccinated people returning from countries not on the red list, and will not pass not to the use of lateral flow tests on the second day after return.

The Welsh government has said it is considering the changes proposed by the UK government, but fears they will weaken the ability to prevent the importation of new forms of infection.

Northern Ireland has said anyone traveling there from the EU and the US who is fully vaccinated will no longer have to self-isolate or take an eight-day PCR test.

Starting October 4, fully vaccinated travelers from a number of countries, including Canada, Australia, Israel and New Zealand, will be included in the policy.