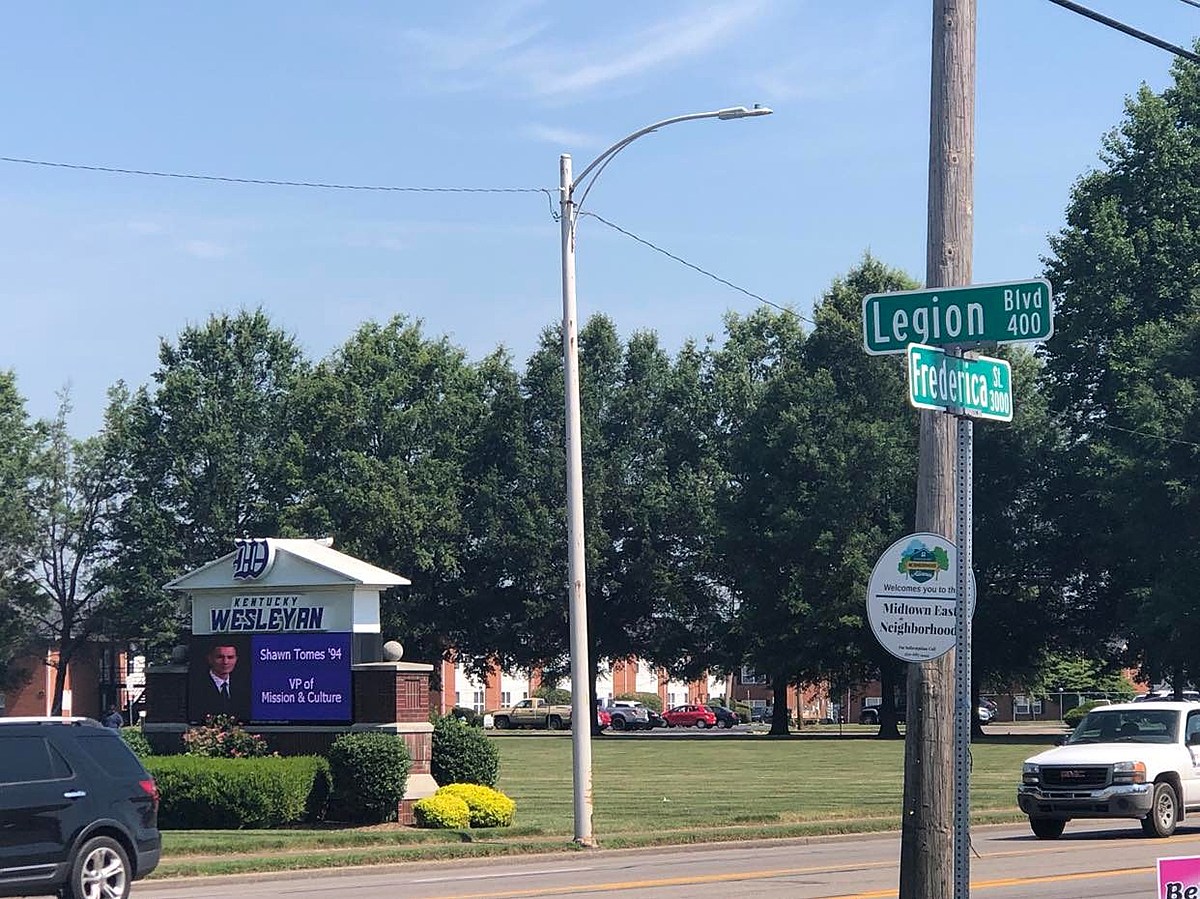 Does Owensboro need a traffic light at Frederica & Legion?

It is difficult to know how many vehicles pass and cross this intersection daily. But, given that Frederica Street is arguably one of the busiest streets in Owensboro, that number is terrific. And that intersection is flanked on all sides by incredibly busy Owensboro properties. If you stand on Legion Boulevard looking down at Frederica Street, that’s what surrounds you.

To your left is Hardee’s. If you’ve ever passed by Hardee’s during breakfast hours, you know how crowded this parking lot and drive-thru can be.

Across the street you have Kentucky Wesleyan College and the main entrance to this campus is just a short drive south on Frederica.

To your right is Dunkin’ Donuts, which has become busier and more regular, particularly on Friday and Saturday mornings, has a line for the drive-thru that goes up to the intersection directly across from PNC Bank. By the way, this PNC Bank location is about to get a lot busier than it already is. Here’s why.

You see, PNC recently announced that it was consolidating its two Owensboro locations into one. In July, the Parrish Avenue branch is about to close and all that banking business will be routed to the Frederica Street location. This location, in terms of accessibility, is MUCH smaller than the Parrish Avenue branch. There are fewer parking spaces and drive-through access is much more restricted than at Parrish and Carter.

I know this because I am a PNC client. I vividly remember the traffic at the bank when COVID-19 forced a temporary consolidation in 2020. At that time it was the Frederica Street location that was shaking and all traffic was routed to Parrish. Friday afternoons at this drive-thru were INSANE! Traffic literally backed up on Carter Road. Personally, I fear that when Parrish’s bank closes permanently, we’re going to see the same kind of traffic snarled on Legion and eventually Frederica Street.

Something is going to have to give. It may already be a American ninja warrior-as an obstacle when trying to turn left on Frederica Street to drive south. It can turn into a game of Frogger if you take a right on Frederica and then try to merge so you can take an immediate left on Scherm Road. Yes, there is a light at this intersection, but good luck navigating the turn lane if traffic passes PNC and Dunkin’.

And, trust me. We are a few weeks away from this intersection which is getting much busier. So what do you think? Do you think we need a traffic light at the intersection of Frederica and Legion?

26 images that show how Owensboro has changed over the years

While driving through neighborhoods in Owensboro that have undergone change, have you ever thought, “I can’t remember what it was like here”? Well, I’m here to help you.

Lights Out: Here’s what’s behind the recent spike in local traffic light outages