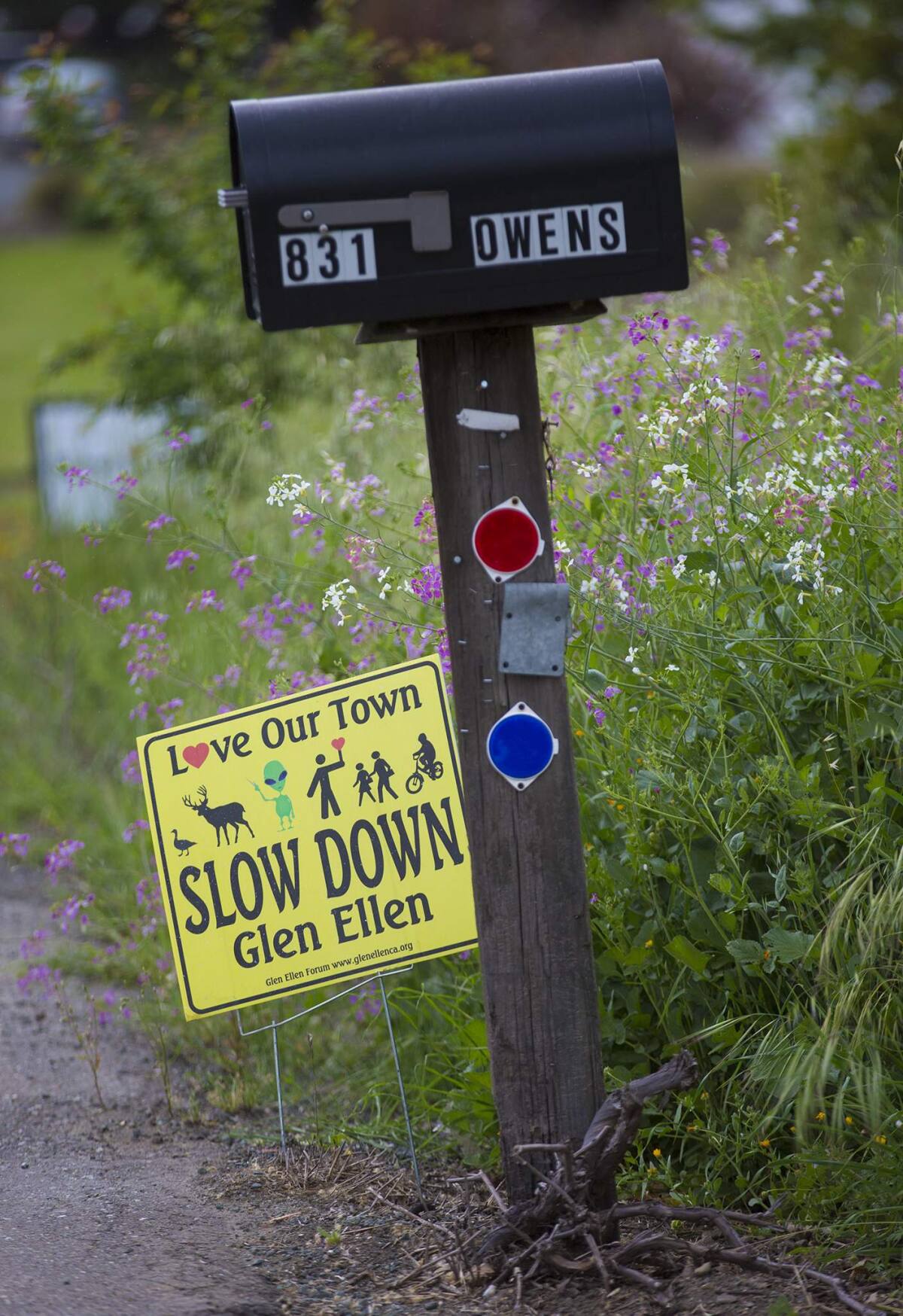 “Don’t kill; do not die. It sounds like a pacifist’s justification for conscientious objection.

But these days in Sonoma County, that’s what you might call the “straight through approach” — at least as far as road signs intended to warn drivers to slow down are concerned. And the idea of ​​pacifism on the roads isn’t that much of a stretch – because it’s becoming a war zone out there.

Several fatalities in recent months on Occidental Road west of Santa Rosa, along with a string of other high-speed crashes in recent years, inspired the county’s Department of Transportation and Public Works to issue a missive. more dramatic to convince drivers to stay at safe speeds. “Don’t Kill”; ” Do not die ” ; “To slow down.” This sequence of three-panel signs appears these days on the county’s most collision-affected roads, as traffic cops try a new way to send a message to local riders: don’t become a fatality, commit manslaughter on our roads. or both.

The days of yellow “kids playing” signs on school buses are out of fashion. Because if the idea of ​​mauling toddlers in pursuit of Nerf-ball isn’t enough to make local cheerleaders put the brakes on a bit, it’s hard to argue that a 2-by-2 reading “you’ll die” is not worth it.

Madrone Road near Glen Ellen is among the risky thoroughfares targeted for a sign; The same goes for Bennett Valley Road, south of Kenwood, which has had so many crashes that county officials are considering posting signs displaying its updated crash and fatality totals. Kind of like one of those non-profit fundraising “thermometer” billboards showing how close an organization is to reaching its donation goal – only then adding to the cause won’t you does not qualify for a potential raffle prize, but a potential body bag.

Attention-grabbing marquees are fine, of course. But the larger question is: will they have an effect? Can they make the roads safer?

The answer is elusive, because the question is premature. We know of no doctoral dissertations demonstrating the effectiveness of “Don’t Die” signs, beyond their obvious results in eliciting the occasional community newspaper editorial.

However, several studies have been conducted in recent years to assess whether those large electronic speedometers—the Lite-Brite-style radar displays that read “your speed 46,” or whatever—ever inspire someone to reconsider their speed.

Attracting attention in their own right, these “show the driver their speed” signs should be a decent barometer of what other provocative sign schemes might aspire to.

One of the most comprehensive studies published in 2010 by London’s Transport Research Laboratory placed 10 such radar signs in the heavily trafficked south end, on various roads with varying traffic flows. The study found that the presence of what it called “speedometer displays” produced an overall speed reduction of 1.4 mph over the 10 routes when the displays were working – no loud screaming, could- it looks like. But that number takes into account drivers who don’t speed up in the first place – they have less reason to slow down. When the study looked at the overall proportion of drivers exceeding the speed limit before and after the signs were installed, it found a 5.7% drop in the number of vehicles exceeding the speed limit when the signs were active.

In other words, if there were 100 speed limit breakers before the speed warning signs were placed, there were 94 after they were placed. Eh.

And, the study continues, a 1.4 mph reduction in speeds across the board is statistically equivalent to a 5.6% reduction in crashes.

The London study was found to be fairly representative of similar later studies, which also showed radar signs having an overall impact on slowing drivers between 1 and 2.5 mph, with a statistical drop in accident rates 5% for each mile per hour. decreases. It’s about the best you can expect from speed signs.

Perhaps sensing a disappointing reaction to the results, in the study’s conclusion, the researchers made sure to point out that the 1.4% reduction in speed was “better than no effect at all” – which is what say traffic researchers, “Give us a break, people, it’s better than nothing.”

Because, the TRL report continues, even with the best-placed speed reduction signs, the initial “novelty” effect of the speed warnings only lasted about a week. After that, fewer drivers were frightened by the signs and speeds on these roads “slowly increased to previous levels”. After two weeks, the panels had virtually no effect on reducing speeds.

And what’s more, the study showed that even during the week when the signs urged drivers to slow down, their adherence to the speed limit only lasted about the length of a football field before they stopped. start covering it again.

In other words, speeders don’t change their ways just because a public sign calls them out — a reality that doesn’t bode well for the government’s “Don’t Die Don’t Kill” signage program. county.

Death, thought John Lennon, “is just getting out of one car and into another.”

The problem is that many of these drivers pick up unwitting passengers along the way.