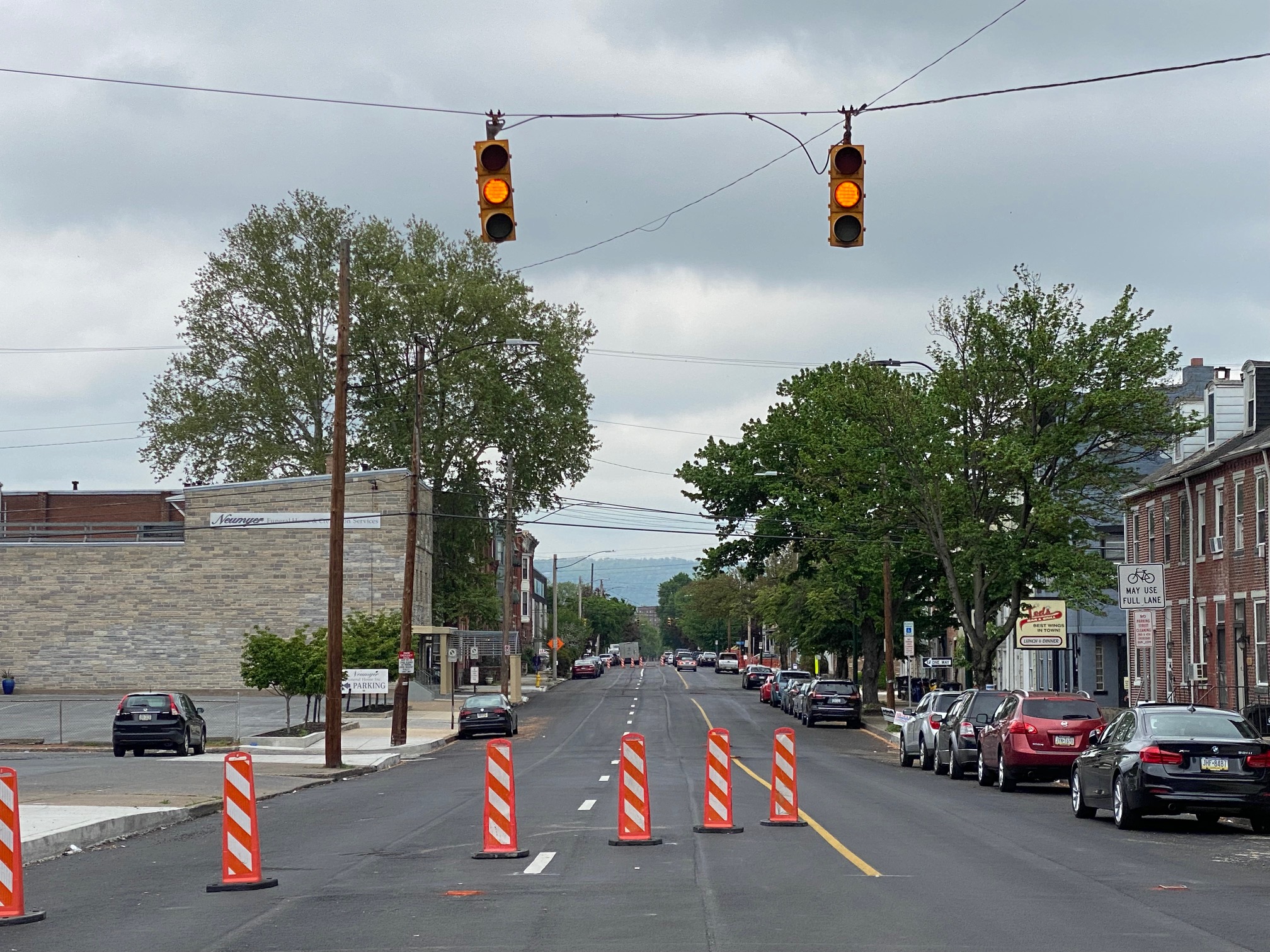 Traffic lights along N. 2nd Street, including the one on Verbeke Street, will flash yellow until Oct. 11 as part of the road construction project.

As construction continues on N. 2n/a Street in Harrisburg, the city is alerting residents to an updated traffic pattern for the road.

As part of the process of transitioning from the one-way to two-way corridor, the city announced that traffic lights between Forster and Division streets will flash yellow until October 11.

Traffic approaching 2nd Street from side streets will be greeted with flashing red lights and stop signs. Vehicles will be required to yield to northbound traffic along 2nd Street.

According to Matt Maisel, Harrisburg’s director of communications, the city is required by PennDOT to flash or cover signal heads for at least 90 days. During this time, the installation of new traffic control devices will take place.

2n/a The street is expected to open to two-way traffic in June, while completion of the road project will likely occur in mid-October or early November, depending on the city.

The project also includes the construction of medians and roundabouts at several intersections. The purpose of the street conversion is to make the road more passable and safer for residents. It is part of the city’s Vision Zero initiative to eliminate pedestrian fatalities.

If you like what we do, support our work. Become a friend of TheBurg!