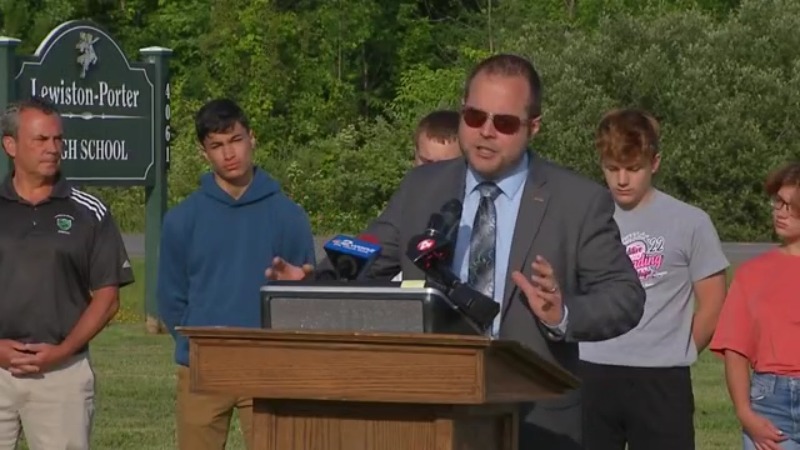 YOUNGSTOWN, NY (WIVB) — Parents in the The Lewiston-Porter School District is sounding the alarm, saying traffic outside the high school is too dangerous.

“As we come back from COVID, we have noticed an increasing number of near misses here at the entrance,” said school district superintendent Paul Casseri.

Parent Brian Michel said dropping off his children was the most dangerous part of his day. Between learner drivers, parents rushing to work and school buses, he calls it a recipe for disaster.

“How many close calls do we have to have before this manner is taken seriously by the DOT and dealt with?” He asked during a press conference on Tuesday morning.

“It’s a constant concern. As a building-level administrator, my job and number one priority is the safety and well-being of the staff, students, and families who visit this campus every day,” he said.

Rowles said the school monitors traffic at the start and end of the school day and traffic has gotten worse over the past year. That’s why a group of parents, as well as school and state leaders, are asking the State Department of Transportation to install a permanent traffic light at the entrance to the school.

“This issue represents a critically important issue for parents, for students in the community, for student safety,” Michel said. “You have young drivers who have just hit the road for the first time and who have to negotiate one of the most dangerous intersections in Western New York, right here off Creek Road.”

School and state leaders and parents want the DoT to install a permanent traffic light at the school entrance.

“Coupled with the morning and the dismissal, the massive influx of buses that are here creates a scenario that will become very dangerous,” said MP Angelo Morinello.

The speed limit during school hours is 10mph and there are flashing red lights to warn drivers to slow down, but they say that’s not enough.

“We are here this morning to raise awareness for our community and our New York State Department of Transportation, for our traffic study, and for the opportunity to provide greater safety for our students and staff.” , said Casseri.

“We are trying to mitigate a dangerous situation and avoid the worst case scenario with, God forbid, one of our students in danger,” Michel said.

Headteachers hope a traffic light can be installed this summer before the start of the school year.

Sarah Minkewicz is a journalist who has been part of the News 4 team since 2019. See more of her work here.