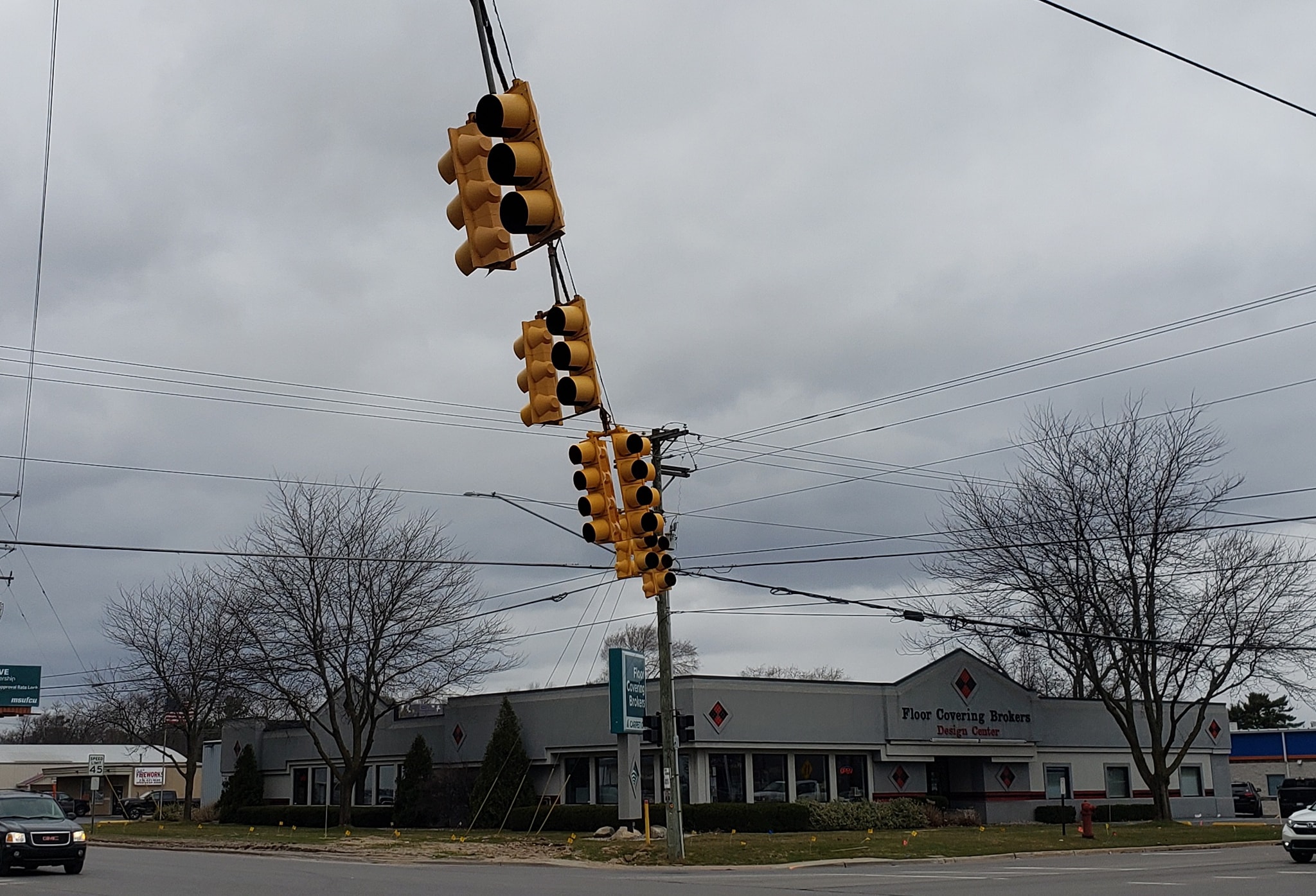 Lights Out: Here’s what’s behind the recent spike in local traffic light outages

Do you feel like there have been an unusual number of traffic light issues in the city lately? You are not wrong. Over the past four months, the Grand Traverse 911 Facebook page has posted more than 15 bulletins notifying residents of traffic light outages or malfunctions, including five incidents in June alone. These lighting issues have occurred throughout the community, including at major intersections of Grandview Parkway, Munson Avenue, South Airport Road, etc. Is this string of failures just a coincidence? Or is this a sign of a more widespread problem with local infrastructure? The ticker investigation.

Traffic signals in and around the Traverse City area are operated by three different agencies. Most signals in the city proper are controlled by the city government, while the majority of traffic lights across the county fall under the jurisdiction of the Grand Traverse County Road Commission (GTCRC). However, since several state intercity lines pass through the Grand Traverse area – including M-72, US-31 and M-37 – some of the area’s most prominent traffic lights are operated by the Department of Transportation. Michigan (MDOT).

Most recent outages have impacted GTCRC or MDOT lamps. City engineer Tim Lodge recounts The ticker that the city of Traverse City has “not experienced any surge issues” with the signals it operates.

That’s not to say, however, that city drivers avoided the impact of unreliable traffic lights. During the week of June 13, there were three separate issues with MDOT-managed signals within the city limits. On Wednesday, June 15, the traffic light at the M-22/M-72 intersection was in “flash mode,” meaning it flashed red in all directions. The following day, Grand Traverse 911 reported that MDOT was experiencing “some signal issues along Grandview Parkway and Munson Avenue”, with lights at Cass Road, Park Street, Eighth Street and Airport Access either “flashing or completely extinct”. And on June 18, traffic lights at Division Street, West Fourteenth Street and Silver Lake Road went into flash mode.

According to James Lake, an MDOT communications representative for the northern region, a variety of factors are behind the recent erratic behavior of local MDOT fires. “In early May, we had some issues at the Grandview Parkway/Division Street traffic light, but once we replaced some relays, that issue was resolved,” he says. “We had dark or flashing mode signals attributed to recent storms, but nothing related to the signal system. These are issues we have at all signals across the state with power outages.

The caveat is that power outages could be a bigger problem than usual this summer, and not just from storms or high winds. Northern Express, The tickerThe sister publication , reported earlier this month that Michigan and surrounding states are facing a 1,200 megawatt power shortage this summer due to rising energy consumption, changing energy sources, scorching summer temperatures and many other factors. The result could be a less reliable power grid, with the potential for blackouts on hot summer days.

Lake says MDOT will be closely monitoring the energy situation this summer to monitor its impact on traffic signals. More likely than a total traffic light outage, he notes, is a “voltage blackout,” where electricity continues to flow but at a lower voltage level than normal.

“Were aware [of the energy shortage], and we’ve seen high-power usage causing brownouts that cause our signals to revert to flash mode,” Lake says. “Similar to when the lights in your house flicker during a thunderstorm, our signals react to an inconsistent power supply by going into flash mode. In flash mode, we respond to reset the signal and bring it back to full operation. Our signals are powered by the local power grid, so they are subject to the same outages as all users in that area.In the event of a flashing signal, drivers should proceed with caution through the flashing orange signal, or stop and continue when traffic is clear when it flashes red.In the case of dark signals, this intersection is treated as a four-way stop, according to state law.

GTCRC has also dealt with its share of traffic light issues this year, including (and repeatedly) at the intersection of South Airport, LaFranier and Barlow. Wayne Schoonover, county highway engineer for GTCRC, says most of the county’s problems are the result of aging infrastructure.

“There is a slight increase in the amount of maintenance we do,” says Schoonover. “We currently have a bunch of signals that are 15 to 20 years old, and we haven’t done any major maintenance on those. We are therefore behind on some of this maintenance. The wiring really only has a realistic lifespan of about 15 years, so we have old and brittle wiring. It unravels and the threads begin to rub together and coalesce. And then it creates major problems for traffic lights.

Old wiring was the culprit at the Aéroport Sud/Lafranier/Barlow intersection, which experienced several problems in April. According to Schoonover, the major fire outage – which happened around April 15 and lasted several days – actually happened while GTCRC crews were working on a “heavy rebuild” of the infrastructure. “We went hand in hand [with our maintenance], and in the middle of the process, we had a critical failure,” he says. “So for four days everything was just in flash mode.”

Schoonover assures that all new wiring for this particular traffic light is now “live”, which should allow for much greater reliability in the future. He also notes that GTCRC is in the planning and design phase for several other “heavy rebuilds” on nearby intersections that “have some of those same experiences.” Key priorities for this year include the signal at the South Airport/Garfield intersection and the traffic light at South Airport, Veterans Drive and Victoria Drive, although further improvements will follow in the near future. “We’re going to have several intersections a year that we’re going to do major rebuilds on, to bring everything up to standard,” says Schoonover.

Another factor that could be at play in county lights, Schoonover notes, is the county’s implementation of SCOOT technology. SCOOT is described as a “dynamic, online, real-time method of signal control that continuously measures traffic demand at all approaches to intersections in a network and optimizes signal timing at each intersection to minimize delays and stoppages”. MDOT has already implemented SCOOT on its local signals and GTCRC is rolling out the technology. According to Schoonover, this upgrade will eventually lead to a much more efficient and user-friendly traffic signage network throughout the county. In the short term, however, there are growing pains.

“Part of [the SCOOT implementation] it’s that we’ve had to do some pretty significant equipment upgrades on a lot of our systems,” says Schoonover. “So now you’re mixing new gear with older gear. Sometimes this creates pressure points on the electronics, which don’t always work well together. So we had some problems there. We have identified, for example, that we have certain limitations that SCOOT is not able to fully address and optimize as we do not have pedestrian push buttons at every intersection. At these intersections, the signal does not know if someone is crossing or not, so it must adjust to a longer green time. This summer we’re working it all out, until we have push buttons at all the necessary intersections, so SCOOT can really optimize and move traffic down the hallway.

Does Owensboro need a traffic light at Frederica & Legion?