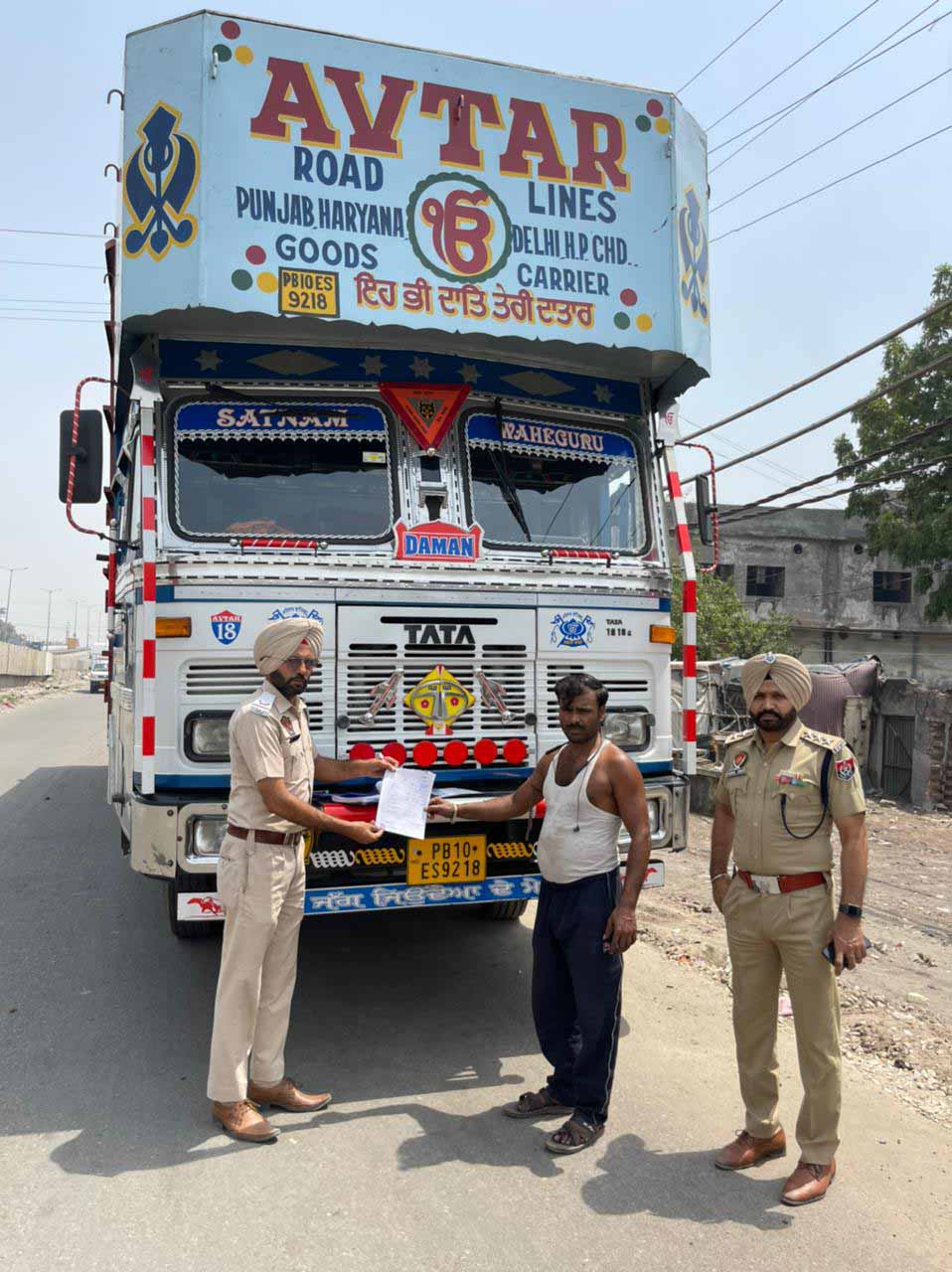 Following the flagrant violations of traffic rules and the chaotic conditions prevailing on most of the city’s main roads, including the national highways (crossing the city), the police have drawn up an action plan to improve the management traffic, with particular emphasis on raising awareness among truck drivers as well as punitive actions against offenders.

Stating this, ACP (Traffic-2) Karnail Singh told The Tribune that although issuing challans for traffic violation is an ongoing process, it was perceived that drivers of heavy vehicles, including trucks, private and government buses, were used to park their vehicle anywhere on the side of the road, thus blocking part of the road and hindering the flow of traffic.

“We have issued strict instructions to traffic police personnel to initially warn bus drivers not to park their vehicles near busy intersections to pick up or drop off passengers. Truckers would be asked not to park their vehicles on the wrong side or along the road,” he said, adding that instructions had been issued to deal with offenders harshly and crack down heavily on the second traffic violation. .

The ACP said private buses operating on interstate routes without valid permits were also under scrutiny and several buses were challenged in the past two days for operating without valid documents.

Seeking the cooperation of road users, especially drivers of private and public transport vehicles, he said that the proposed action plan for better traffic management could only be successful if the public gave their full support to the traffic police personnel.

“All traffic signs, especially those for diversions due to road repairs or for any other reason as well as traffic rules must be followed scrupulously so that precious human lives can be saved in accidents,” a- he declared.

This traffic light on Abbott Road needs to go