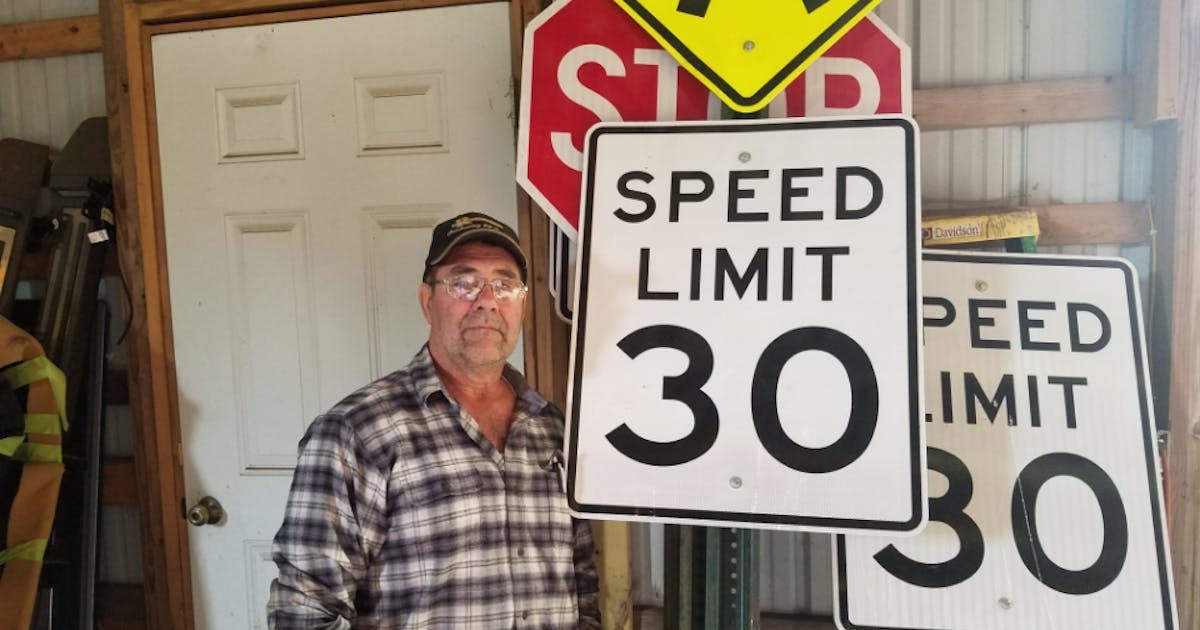 The man at the center of a shutter on traffic control signs in Princeton Township faces criminal charges after a confrontation with local leaders turned violent Thursday night.

Greg Anderson, 60, was jailed and charged with fifth degree assault and disorderly driving after colliding with a township supervisor and another man removing traffic signs near the freeway intersection. 95 and 107th Avenue. Anderson was also charged with a serious misdemeanor for interfering with a call to 911, charges filed in Thousand Lakes County Court on Friday.

Anderson has been at odds with city council for the past two summers after authorities removed speed limits, efficiency and other traffic control devices they deemed unnecessary and too expensive to maintain.

Some of the removed signs were along the roads that pass Anderson’s property. He bought and installed road signs himself this spring, but authorities removed them as well.

Last year, the township issued an ordinance to reduce the number of signs to 110. At the same time, the township adopted a policy “to remove signs along township roads deemed unnecessary for safety purposes. “. About forty panels have been removed.

Anderson called the Mille Lacs County Sheriff’s Office around 8:30 p.m. Thursday to report that two men had removed signs from his property.

At the same time, township supervisor Bill Whitcomb called 911 to report he had been assaulted by Anderson, according to a criminal complaint.

Whitcomb and three others were removing signs when Anderson drove his truck into the back of a trailer to prevent a skid steer loader from starting. Anderson dropped a phone from Whitcomb’s hands as the man called for help and punched him in the chest multiple times, according to the complaint.

As he picked up the signs, Anderson also rammed a sign into Whitcomb’s right thigh and hit the man driving the skid steer loader in the right shoulder with a sign, according to the complaint.

Witnesses confirmed that the incident had occurred, according to the complaint.

Anderson told a deputy the man in the skid steer loader attempted to back up on him as he attempted to retrieve other signs that had been loaded onto a trailer, according to the complaint.

Anderson was outspoken about the relocation of the signs and said driving in the rural community of Mille Lacs County became much more dangerous after the signs were removed.

State law prohibits anyone from setting up a traffic control device that directs the movement of traffic, whether on public or private property.

In an attempt to comply, Anderson has rolled out other replacement registrations this week, affixed with an orange warning stating “unofficial.”

It has received support from some of its closest neighbors, who say traffic control is needed along 17th Avenue, where the signs have disappeared.

“The signs are necessary,” Anderson told the Star Tribune. “Someone is going to be killed.