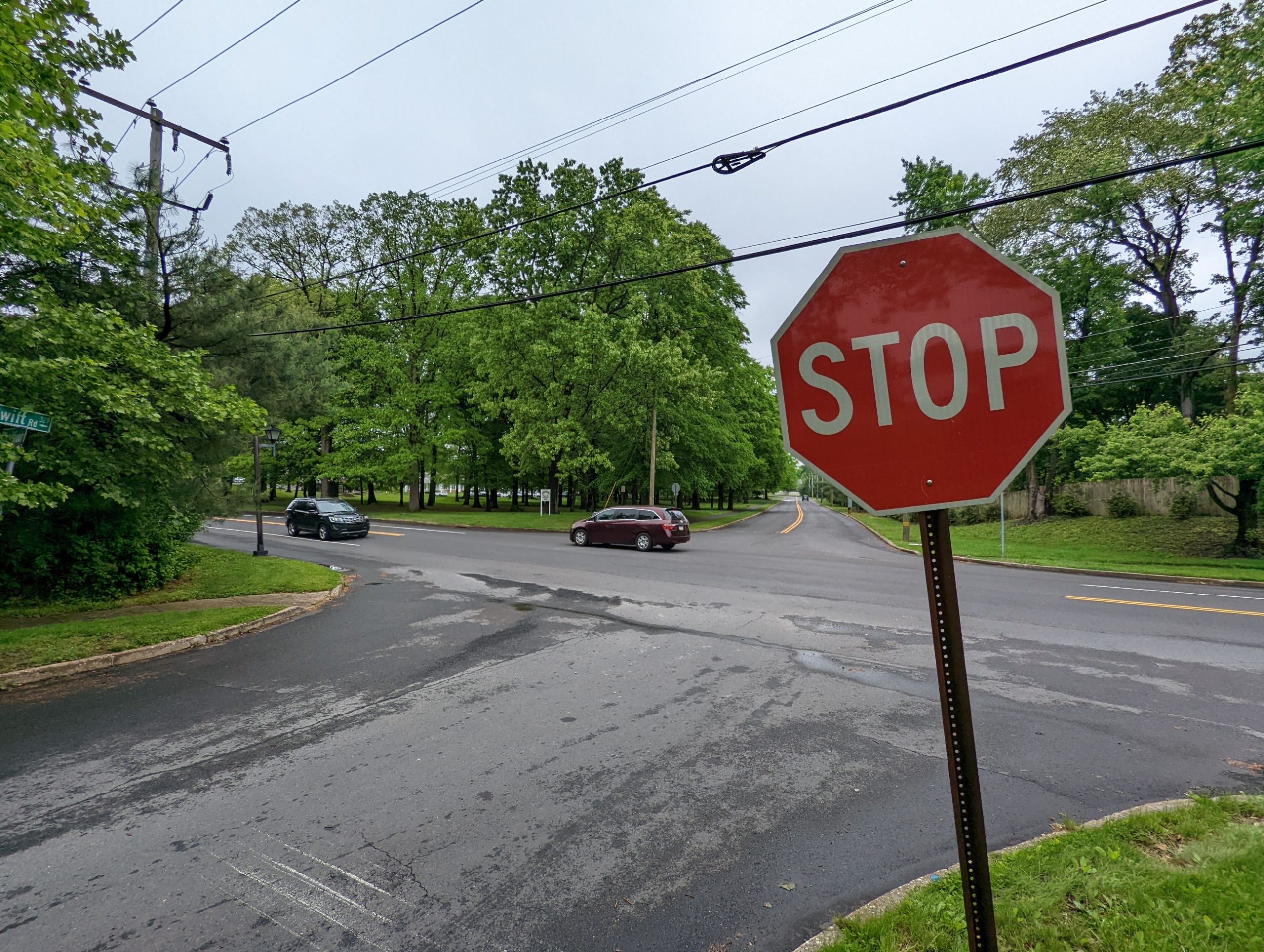 The planned addition of a traffic light in Middletown Township has drawn protests from some residents.

The Township is looking to add a traffic light along Woodbourne Road at its intersection with Lower Silver Lake Road and Swift Road near the Newtown Bypass. The township has budgeted $600,000 for traffic lights and road widening.

Currently, the intersection only has stop signs at Lower Silver Lake Road and Swift Road.

The proposal, which has been in the works for years, has received support from some who live near the intersection and anger from others who live there.

Township manager Stephanie Teoli Kuhls said residents first raised the issue with the township in 2017 and continued to pressure the municipality to add a signal after several dangerous crashes and near-misses. . The Middletown Township Citizens Traffic Commission looked into the problem and a traffic study was carried out to determine that a signal was necessary.

The traffic study found that a traffic light at the intersection is allowed under PennDOT’s standard because of the amount of traffic and not because of the number of accidents, but residents said it There were many near-misses that weren’t counted in the crash data, Teoli Kuhls said. .

The installation of traffic lights and the widening of the road were included in the 2021 budget, but have been moved to 2022 so that there is more time to plan.

From 2018 to 2021, there were 13 accidents at the intersection, including several serious ones and two pedestrians struck, according to the data.

Phil Wursta, the township’s traffic engineer, said he reviewed the data and studied the intersection after the issue was raised several years ago.

The traffic engineer said the aim would be to improve safety and reduce congestion with the creation of a “new modernized intersection”.

Dawn Smith, who has lived near the intersection since 1987, said she believed a traffic light was needed at the intersection. She had some concerns about the amount of space the widening will provide for some cars accelerating after leaving the Newtown bypass.

“For me, I think without a doubt, although I love the whole enlargement and it’s going to help, I think the light is needed,” she said.

Donna Salvucci, who helped raise the issue with the township in 2017, said residents had been working for years and had gone to many previous town hall meetings to get the traffic lights installed.

Salvucci said tire squeals and near misses will never be counted in crash data.

She noted that in addition to crashes and near-misses, the potential addition of a new Wawa at the nearby intersection of Lower Silver Lake Road and the Newtown Bypass in Newtown Township will likely exacerbate issues with no traffic lights. traffic.

“Our main concern here is safety,” she said, citing a traffic study showing the need for a traffic light. “We already know it’s dangerous.”

Rich Brodsky, who lives near the intersection, said he feared traffic lights were directing cars towards the Eagles Mere area of ​​Woodbourne Road.

Pat Mallon, a former township supervisor and resident whose property abuts the intersection, said he was concerned about the addition of a traffic light. He asked why other traffic calming measures had not been used, suggesting increased warning signage and a four-way stop.

“Once that fire starts, even if it becomes the worst intersection in Bucks County, it never goes out. We’ll spend the money and put it up there. I pray to God that this is the right decision and that it reduces accidents and fatalities,” he said.

Mallon stressed that the township should talk more with residents and consider trying other steps before adding the traffic light.

An online petition against the proposal has garnered just over 80 signatures.

Middletown Township Board of Supervisors Chairman Mike Ksiazek said he wasn’t sure about the traffic light at first, but now supports it.

Ksiazek said he would support reviewing traffic calming measures in neighborhoods where they believe the proposed signal would create cutoff volume, including Eagles Mere.

In May, supervisors voted 4 to 1 to seek bids for the project, but they have yet to agree to accept any until the matter is discussed further.

The township will hold an information session on the planned signage and widening on Monday from 6:30 p.m. to 8 p.m. at the municipal center at 3 municipal road.

Report a correction by e-mail | Editorial standards and policies