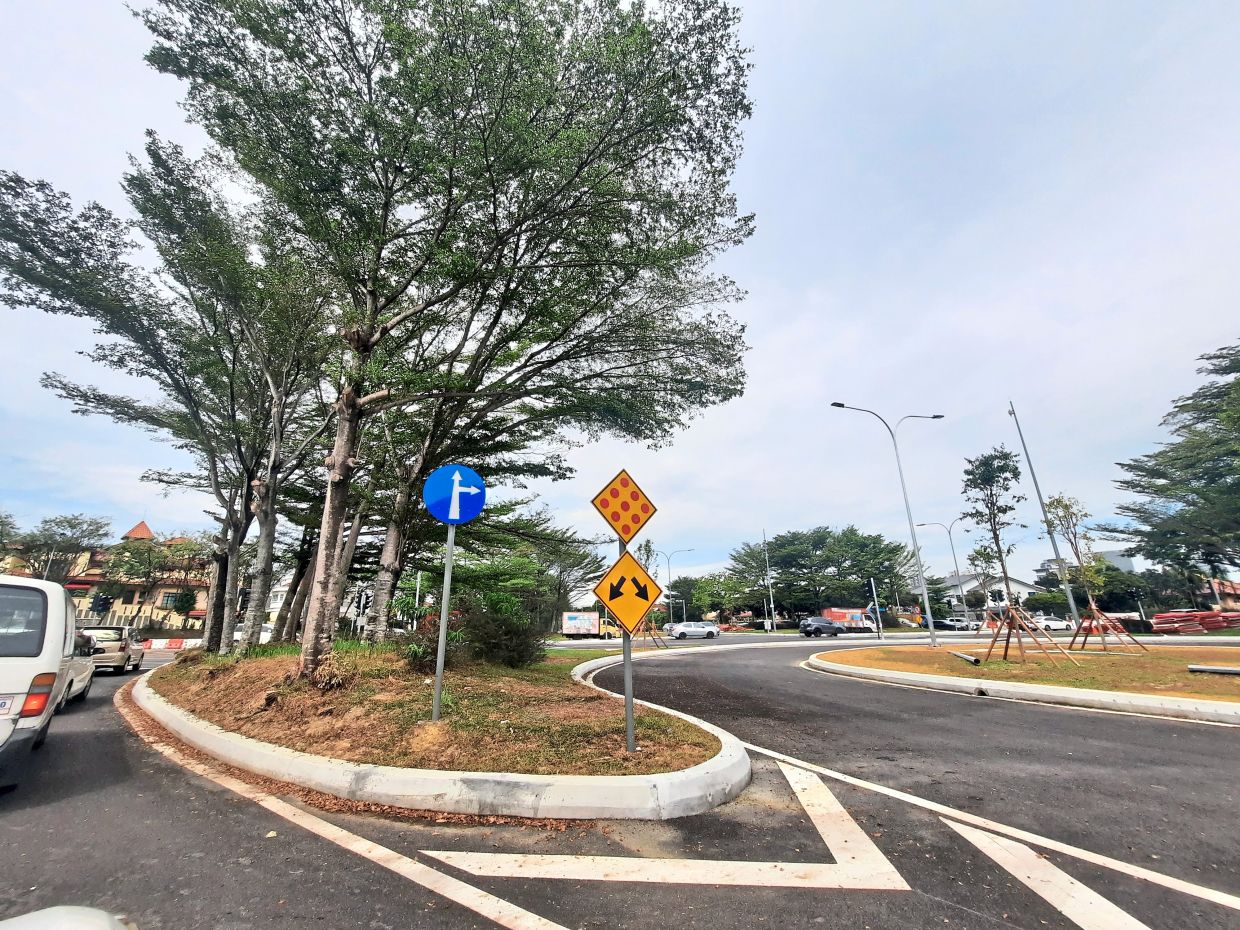 For those coming from Jalan SS4A/1, there is an additional exit, just before the traffic lights, which leads to a U-turn.

Although checks by StarMetro on Wednesday revealed that there were signs pointing to the new system on all four roads – Jalan SS4A/1, Jalan Bahagia, Jalan Majlis and Jalan SS3/39 – some motorists appeared confused, forcing them to to slow down,

READ ALSO : Works at the junction by dragging

Surina Mohan, 48, a resident of Kelana Jaya, who uses the junction to get to work, said the conversion to traffic lights from the previous temporary roundabout was done abruptly.

“There is only a small sign on the new circulation.

“I hear it’s supposed to be a hybrid traffic light system, but it’s confusing for motorists, especially if you’re making a turn,” she said.

She added that the Petaling Jaya City Council (MBPJ) should have done more to educate the public about the new system before it was implemented.

Technician Allan K, 35, who lives in SS3, Petaling Jaya, liked the idea of ​​the hybrid traffic lights but said it would take motorists some time to learn the new system.

“There should be better signage because motorists suddenly slow down to find out where to go and it’s dangerous,” he said.

Pensioner LC Lim, 67, who lives near SS4 Petaling Jaya, said the new system has forced him to be extra vigilant.

“This is especially the case when motorcyclists, especially bikers, swerve in different directions,” he said.

In a response to StarMetro, MBPJ said the purpose of the four-way traffic light system was to improve traffic flow by adding a U-turn.

“The new traffic system is based on the old four-lane junction, but there is an addition of a U-turn for motorists from Taman Bahagia LRT station towards Damansara-Puchong Expressway (LDP).

On June 17, StarMetro reported that a temporary roundabout had been created in the meantime with orange and white road barriers, which had worsened traffic congestion there.

Kampung Tunku Assemblyman Lim Yi Wei said the new traffic light system was part of the conditions of a nearby mixed development project, involving the widening of roads and the construction of additional lanes. to disperse the flow of traffic.

“MBPJ adviser Ong Yew Thai and I went to observe the traffic patterns and provided feedback to MBPJ on necessary improvements that should be made,” she said.

Lim added that those who want to go straight (from Taman Bahagia LRT via Jalan SS4A/1 to Jalan Majlis) should take the middle lane.

The most risky place is traffic coming from Jalan Majlis, as motorists who want to go straight to Jln SS4A/1 mistakenly turn into the center right-turn lanes only.

She said MBPJ had placed two signs to indicate that the middle lane was for Jalan SS4A/1 and the right turn only to Jalan SS3/39.

“I asked for the signs to be placed higher up the road for better visibility,” she added.

Lim added that the U-turn on Jalan SS4A/1 was intended to disperse some traffic at the yellow box T-junction between Jalan SS4A/1, Jalan SS3/59 and Jalan SS4/6 (near Kean Restaurant fatt).

“We will also ask Google Maps and Waze to update their maps to reflect the changes,” she said, adding that they had also asked MBPJ to adjust the timing of traffic lights between Jalan Majlis and Jalan Bahagia.

“We will monitor the situation and liaise with the MBPJ,” she said.