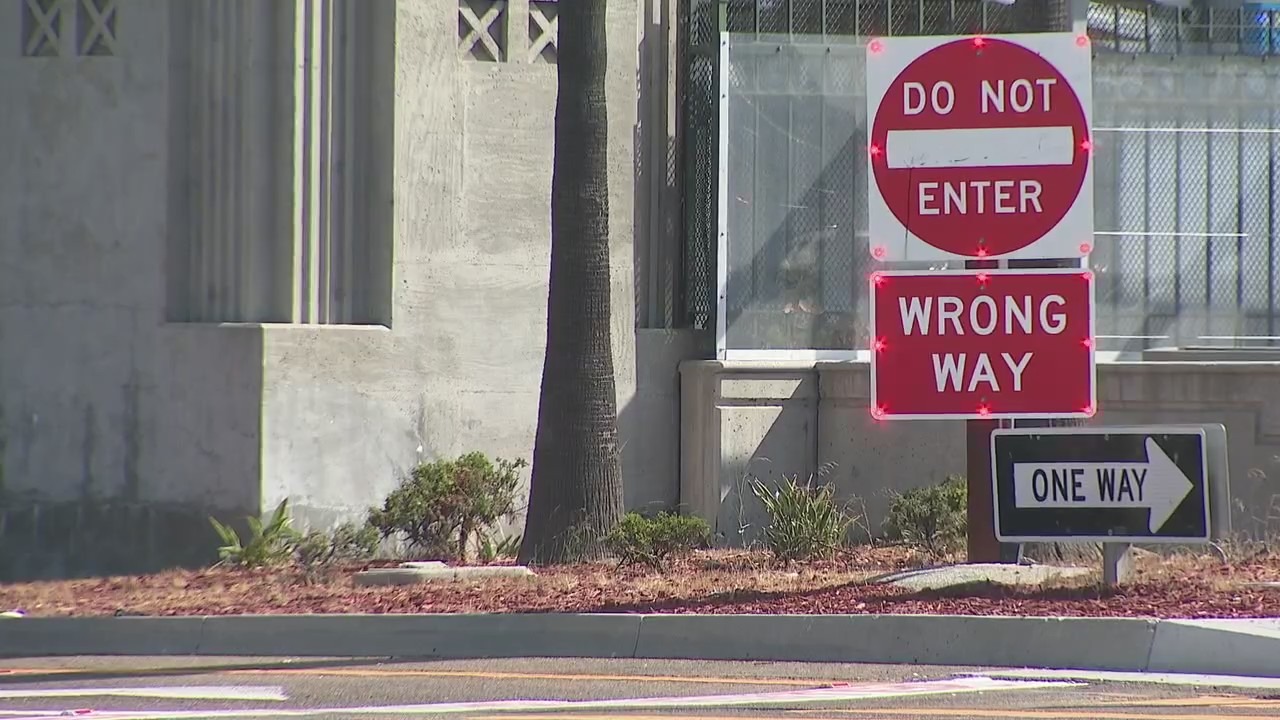 Over last year’s Labor Day weekend in the state, 46 people died in reverse crashes and more than 900 arrests for driving under the influence were made, according to the California Highway Patrol. .

Wilpert says the goal is to keep people from driving under the influence in the first place, but if they start the engine, she hopes the LED lights could keep them from breaking down.

“And the data shows they are working,” she said. “Director Delarda and the Caltrans team have taken action to reduce the number of reported reverse driving incidents by 64%. “

Caltrans is deploying reverse-flashing LED signs on exit ramps at 67 locations across the county.
The Sheriff’s Department says they’re effective on DUI drivers and people who simply make a wrong turn, but that may not stop everyone.

“I think anything we do to try to alert people that they are going the wrong way is a good idea,” said Darrell Daniels, whose wife died in an accident in the wrong way. “Everything we do in this way is a step in the right direction. “

Daniels’ wife was driving in the wrong direction when she slammed into another car, killing a married couple and two San Diego police officers. He thinks his wife had a medical problem – low diabetes – and doubts the signs would have helped.

“I don’t think it would have prevented my wife’s accident, but some of the others that have happened recently, it could have,” Daniels said.

Caltrans says they’re working on another pilot program that has surveillance cameras in panels that would alert soldiers along with the San Diego Sheriff’s Department and Caltrans office workers.