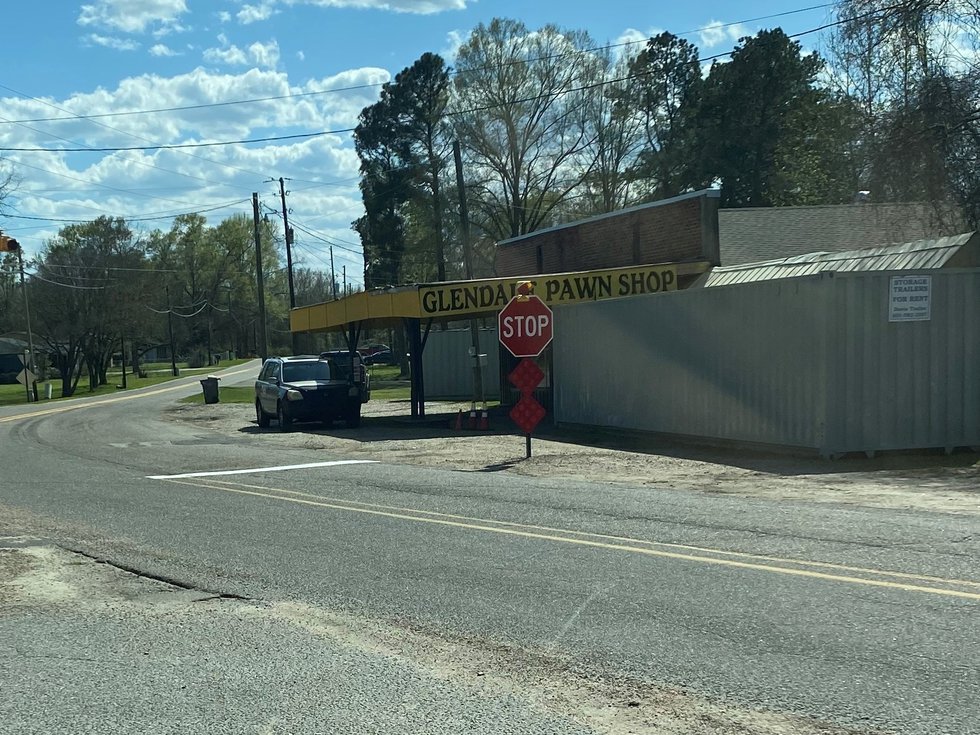 “We put up two ‘stop ahead’ signs and soundtracks to let them know to slow down for the stop signs up there. And we have traffic from Evelyn Gandy…. They no longer need to stop, they can continue. So they just kept going straight away, they don’t have to stop anymore,” Carter explains.

District 2 Supervisor Sharon Thompson says she realized the changes needed to be made after a state representative tipped her off.

“A few months ago State Rep. Larry Bird came to this area and brought to my attention that this intersection was an accident waiting to happen. So he offered to make arrangements to fund some of the traffic control devices we installed today,” says Thompson.

JB McClinton is a local resident. He says the changes were long overdue.

“I’ve been in Glendale for about 24 years and since Evelyn Gandy opened there’s been a lot more traffic. It’s northbound and southbound traffic, it’s like a racetrack,” says McClinton.

McClinton says he considers the new street signs a blessing.

“It was really necessary because cars go 60 and 70 miles around here, so maybe it’s better for the traffic,” says McClinton.

Thompson says she wants to thank State Rep. Larry Byrd for his help.