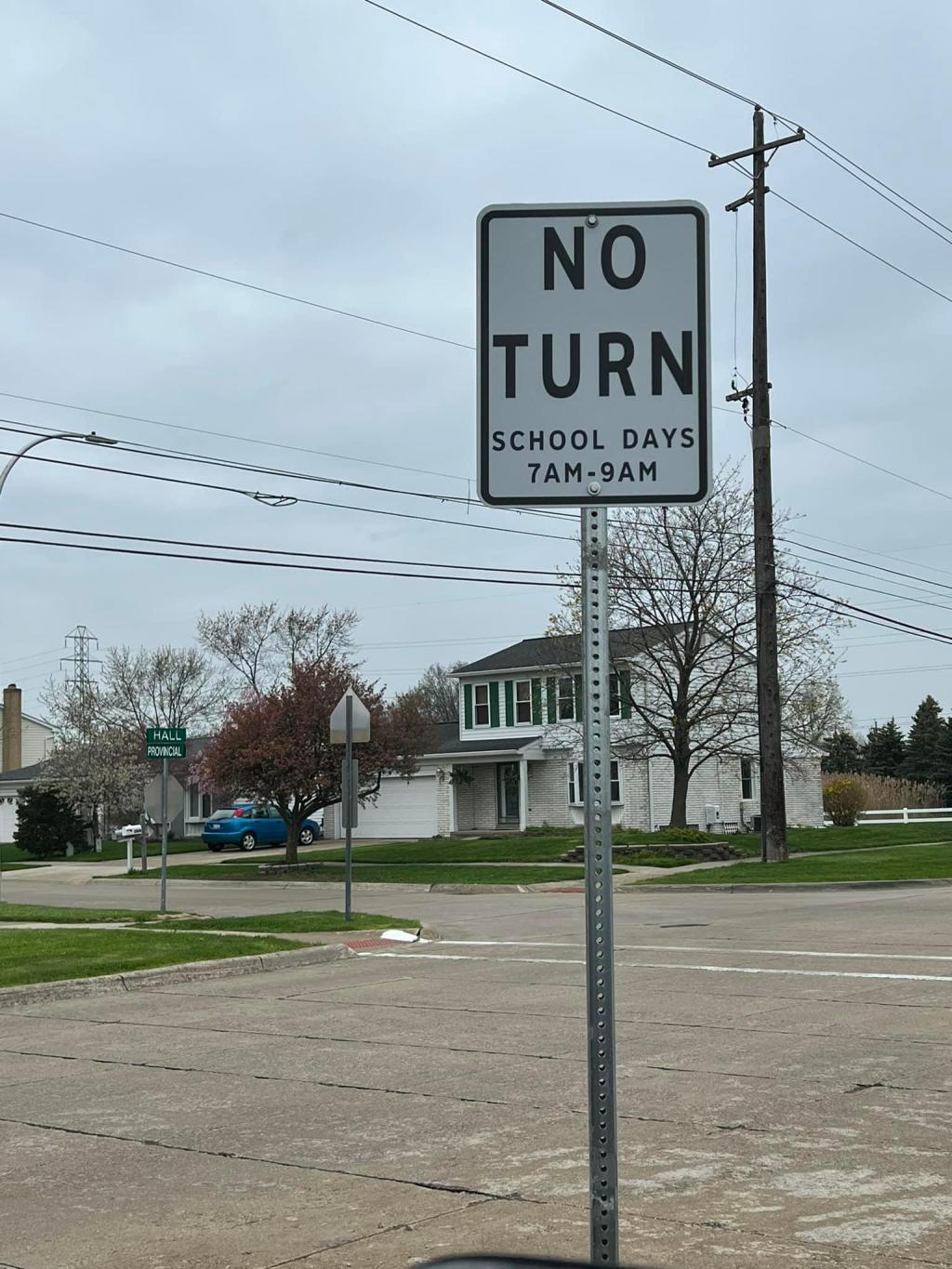 Hall Road can be a hectic morning mess in terms of traffic during the early school hours, but police are hoping the recently put up signs will be the ticket to help.

Weekday hours between 7 a.m. and 9 a.m. have traditionally been difficult near Provincial due to students being dropped off at both Patrick Henry Middle School and Erving Elementary School.

Signs prohibit turns of any kind from northbound Hall to westbound Provincial and no U-turns.

While some motorists traveling through this area to work and other destinations applaud the move, others resent the inconvenience.

Maria Moor commented on the official police department website which announced the erection of the signs.

“Great idea,” said Moor. “Stop complaining. The next turnover is in Grix, less than 30 yards out. That will definitely help with the stall.

“Great move,” Wheaton posted. “Trying to disable Provincial to go to PHMS is a nightmare when people turn around.”

While this seems like a welcome adjustment for some trying to navigate the area in the morning, those who reside in the area don’t seem as enthusiastic about it.

“This is absolutely ridiculous,” posted Tawnya Wilson. “I should be able to turn left on Provincial to get to my home in the Heritage basement. Provincial is not immediately near the school drop-off or pick-up area. It’s not like the cars are backed up at Provincial and Hall.

Change doesn’t seem like a welcome site for Mary Schwab Hard either.

She is one of many people who see the restriction as an inconvenience.

“So now I have to go down further to turn around to go home or drop my son off at high school,” she posted. “I have been turning on the left Provincial for 12 years without any problem.”

Keri Lynn Connochie said she recently saw at least 10 cars at 7:45 a.m. turn around again in that area.

As far as Kate Barlow Wright is concerned, change is not coming.

“People in this town will ignore this like the stop signs and there will be no consequences,” she said.