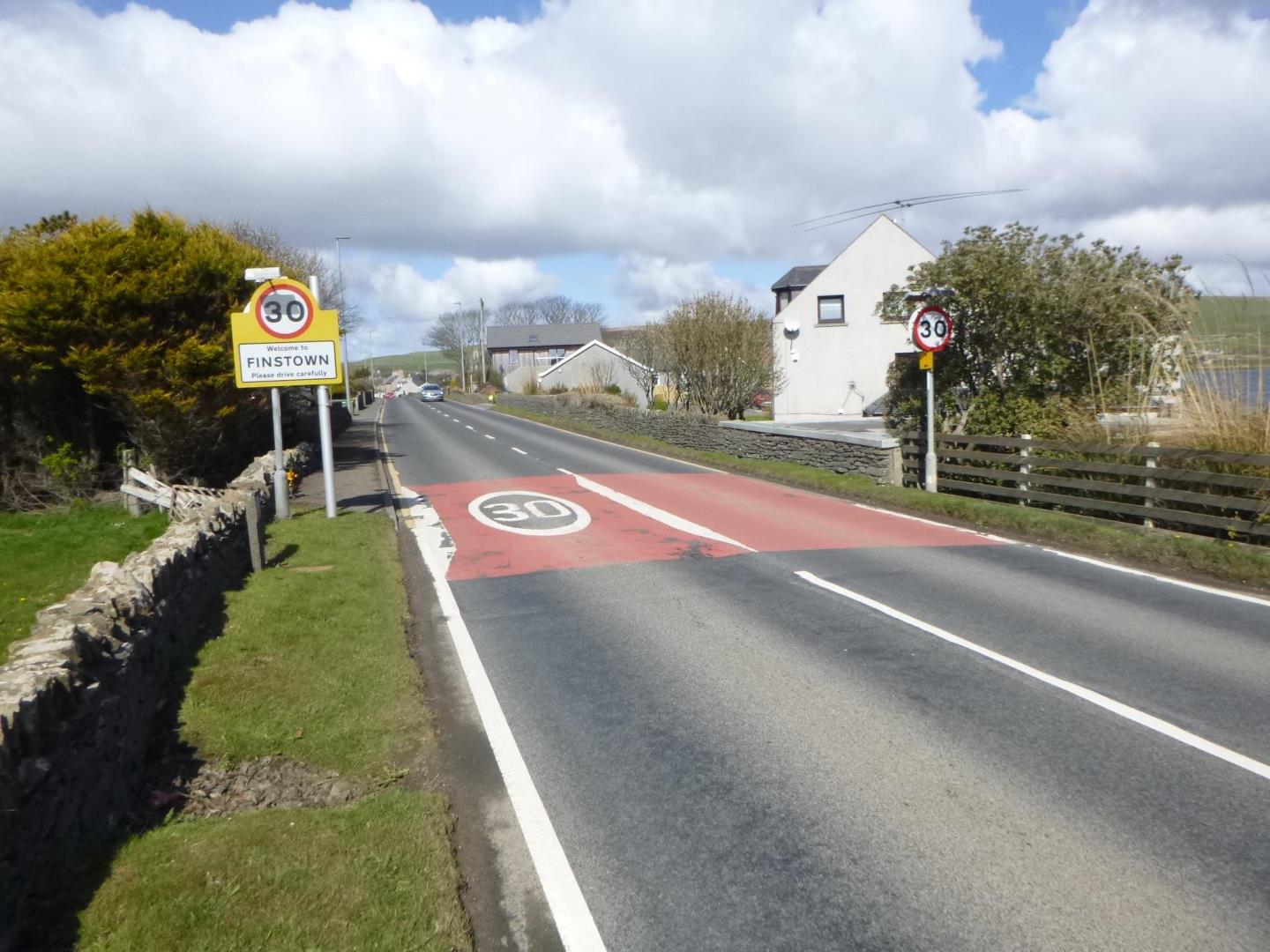 At a recent meeting of Orkney’s full council, it was decided that new measures to address traffic problems in Finstown should be returned to committee for reconsideration.

Mr Dawson said there had been “significant discussion” following the committee’s initial recommendation.

However, very little was said.

Mr. Dawson and another councilor involved in the committee’s recommendation talked about it after the meeting.

Mr Dawson said he was ‘comfortable’ with the decision to return to the committee and ‘sees nothing wrong with it’.

“It is fair to say that there has been significant offline debate among members about Finstown’s traffic management measures.

“There have also been various other representations from members of the general public about the decision.

“We felt it was worth considering again.

“Whether or not this results in a distinctly different outcome remains to be seen.

“A lot will depend on what is available within budgetary constraints and there could be certain legislative requirements, such as traffic orders.”

Dawson admitted that bringing back the recommendations and changing the measures could prolong the process.

However, he added: “But I think it is worth having this debate again and hearing what people have to say.

“Perhaps that will mean we approach the matter from a more informed angle, having had time to digest the results of the last committee meeting.”

He said he felt the issue in Finstown had sparked public interest since the last meeting. This, he said, “triggered” the question of what measures to review.

He was asked his opinion on the measures.

He said: “National evidence indicates that reducing speed limits in a phased approach to a built-up area is working.

“Unfortunately, we lack evidence of a major problem in Finstown. We have no accident data or incident data to support the immediate measures introduced.

“There is a reality-based perception, if you know what I mean.

Mr Dawson said he had experienced the ‘claustrophobic’ conditions for pedestrians in Finstown, with HGVs and buses passing inches away in some places.

The situation between pedestrians and traffic in Finstown is ‘claustrophobic’

However, he also spoke of the difficulties that could arise with widening the pavements, particularly when the council would have to ask residents to give up part of their garden to do so.

He added: “A 20mph zone with a straight road all the way through doesn’t work well. You need builds, baffles, speed pads, etc.

“But it’s a very expensive option.

“It has national evidence support.

“But I can see where people’s concerns are coming from.”

However, even at the committee meeting on September 6, it was evident that not everyone was happy with the agreed recommendations.

Councilor Duncan Tullock expressed his dissatisfaction with what was proposed, regarding traffic management measures in Finstown.

Not everyone was happy

He had lobbied for speed limits to be lowered closer to town and for the 20mph part-time speed limit zone to be extended. But, he disagreed with the installation of 40mph zones so far from the city itself.

However, he failed to win support for an amendment he tabled at the September 6 committee meeting.

Mr Tullock also spoke following the decision of the full council – a decision in which he says he had no role behind the scenes.

Mr Tullock said: ‘I actually had nothing to do with the pressure on it.

“I had one or two people contact me, congratulating me for resisting.

“But it comes more from the top. There is a lot of pressure from some members of the public on elected officials.

“There’s no way I could have pushed to rethink. I didn’t even have a seconder for my amendment.

“I think it comes more from public pressure.

“I am delighted that Finstown’s traffic management measures are coming back to the committee.

“Unfortunately, I will not be at the meeting in question. But, it is the only thing they could have done.

“When they talk about putting up 40 mph signs to Davie’s Brig and to the houses there to the farm in the opposite direction.”

Mr Tullock said he will be traveling to the next meeting of the development and infrastructure committee, scheduled for November 8.