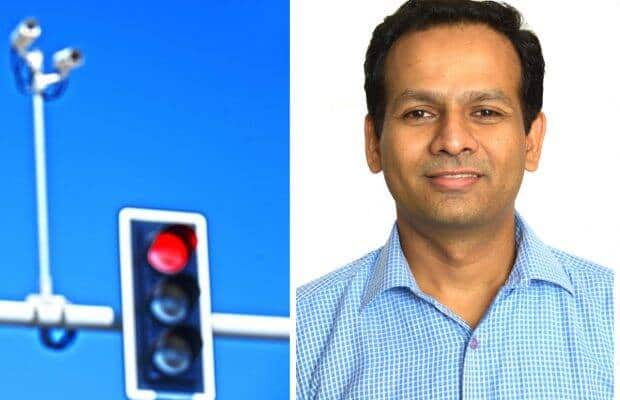 Our traffic management system is deployed in 42 Indian cities

Traffic congestion is one of the major problems of major metropolitan cities due to the increase in the number of vehicles on the roads. Nowadays, it is widely recognized that Indian cities are becoming increasingly crowded and unlivable. With the rapid increase in population, the traffic on the roads also increases proportionally. Now this can be controlled by many methods and by implementing modern technology.

If we talk about technology for road traffic management in the country, Vehant Technologies is a pioneer in this field. Incubated at the Indian Institute of Technology (IIT), Delhi in 2005, Vehant Technologies is the leader in artificial intelligence-based physical security, surveillance, traffic monitoring, covid and trunking enforcement solutions/ machine learning. To learn more about the working features of Vehant Traffic Management System and its business, we interact with Anoop G Prabhu, CTO and Co-Founder – Vehant Technologies.

Mr. Prabhu says Vehant’s traffic system is an AI and machine learning based traffic enforcement and management solution. It offers multiple violation detection capabilities such as red light jumping, speeding, no helmet, triple driving, wrong lane movement, and various other real-time traffic violations. Additionally, its TMS allows traffic officers to track violators and generate an e-challan. The system consists of camera-mounted sensors for traffic violation detection, which automatically encrypt and transfer violation data to the centralized server in the traffic control room. The system also facilitates the generation of e-challan as well as photo or video evidence which is then sent to offenders’ mobile phones via SMS.

He adds that Vehant’s Integrated Traffic Management Solutions (ITMS) are capable of 24/7 operations. This solution has an overview camera to capture the magnified image of an entire area when there has been a red light violation. The ANPR reads the license plate of the offending vehicle and stores it in the database. The system is linked to the control room of the traffic control rooms and is monitored around the clock. It also helps the police detect and record cases against people for not wearing a helmet, speeding, triple driving, stop line violations, talking on the phone while driving and other traffic violations.

Vehant also provides Covid-19 management solutions, for example mask detection systems. How do they work and what are the different types of Covid-19 solutions offered by the company?

During the pandemic, Vehant Technologies has developed a solution, FebriEye, to ensure individuals follow all covid guidelines such as social distancing standards, wearing face masks in public, etc. Vehant’s solution is a thermal camera that could cover large areas and detect the temperature of multiple people entering a room at once and automatically record their temperature. Additionally, FebriEye’s face mask detection feature uses visible camera feeds combined with artificial intelligence techniques to detect and generate an alert for people not wearing a face mask. The company claims that its user-friendly interface makes it possible to monitor and review the alerts generated by the system.

Vehant Technologies recently introduced a radar system, which is a real-time 4D imaging radar system. Where will it be installed and have you placed orders for the same?

Mr. Prabhu says that Vehant’s TrafficMon is the first-of-its-kind, mid-point violation detection system made in India. It uses a combination of a video sensor and a RADAR sensor that detects the point and average speed of any vehicle, including two-wheelers. The system determines the speed, driving direction and range of any vehicle within its field of view. Vehant Technologies is the first company in India to develop a radar-based speed detection and enforcement system. He added: “We had speed tests carried out by the Automotive Research Association of India (ARAI). It can detect speeds of up to 230 km/h. We participate in various radar bidding, where previously only foreign players bid. 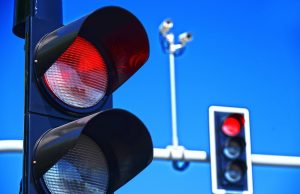 Vehant’s traffic management system is currently deployed in over 35 Indian smart cities and you have a host of customers from large multinationals to the public sector. Can you tell us more about your expansion plan in India? Also, which state government traffic police is using Vehant’s ITMS?

According to Anoop G Prabhu, Vehant Technologies has deployed cameras in over 10,000 lanes in 42 smart cities across India including Lucknow, Allahabad, Kochin, Raipur, Jabalpur, Hyderabad, Cyberabad and Satna to name a few. -ones. Additionally, he adds that the company is already in talks with 15 other smart city authorities for deployment. He said, “We work closely with traffic police departments in Hyderabad, Cyberabad, Rajasthan, Mumbai, Kerala, Pune, Punjab, Surat and Bangalore, to name a few.”

What is Vehant doing to reduce e-waste and other waste (from factories, etc.) and how is e-waste managed so that it does not affect nature and public health?

According to Vehant Technologies, they have always put the environment and the environment first. So, to ensure that e-waste is properly managed, reused or recycled, they have hired a third-party agency that collects company waste and then manages it in accordance with government standards and policies. Additionally, with the health and safety of members in mind, the company provides appropriate safety equipment to everyone working in the factory. Vehant Technologies says that waste from the factory is also handed over to the government authorized committee or agency from time to time.

Do you have anything to add on Vehant Technologies’ expansion plans?

Commenting on the company’s expansion plans, Anoop G Prabhu said, “We already export our products to more than 12 countries and plan to expand our reach. We are focused on expanding our business globally. Recently, we have established an R&D center and a manufacturing plant under our European subsidiary Vehant Technologies BV in the Netherlands. This will help us tap into and respond more effectively to the Middle East and European markets. In addition, we opened a new office in Jakarta, Indonesia to have better coverage of the Southeast Asian market. We intend to expand geographically over the next 1-2 years.

Traffic light installed at 12th and River in Holland