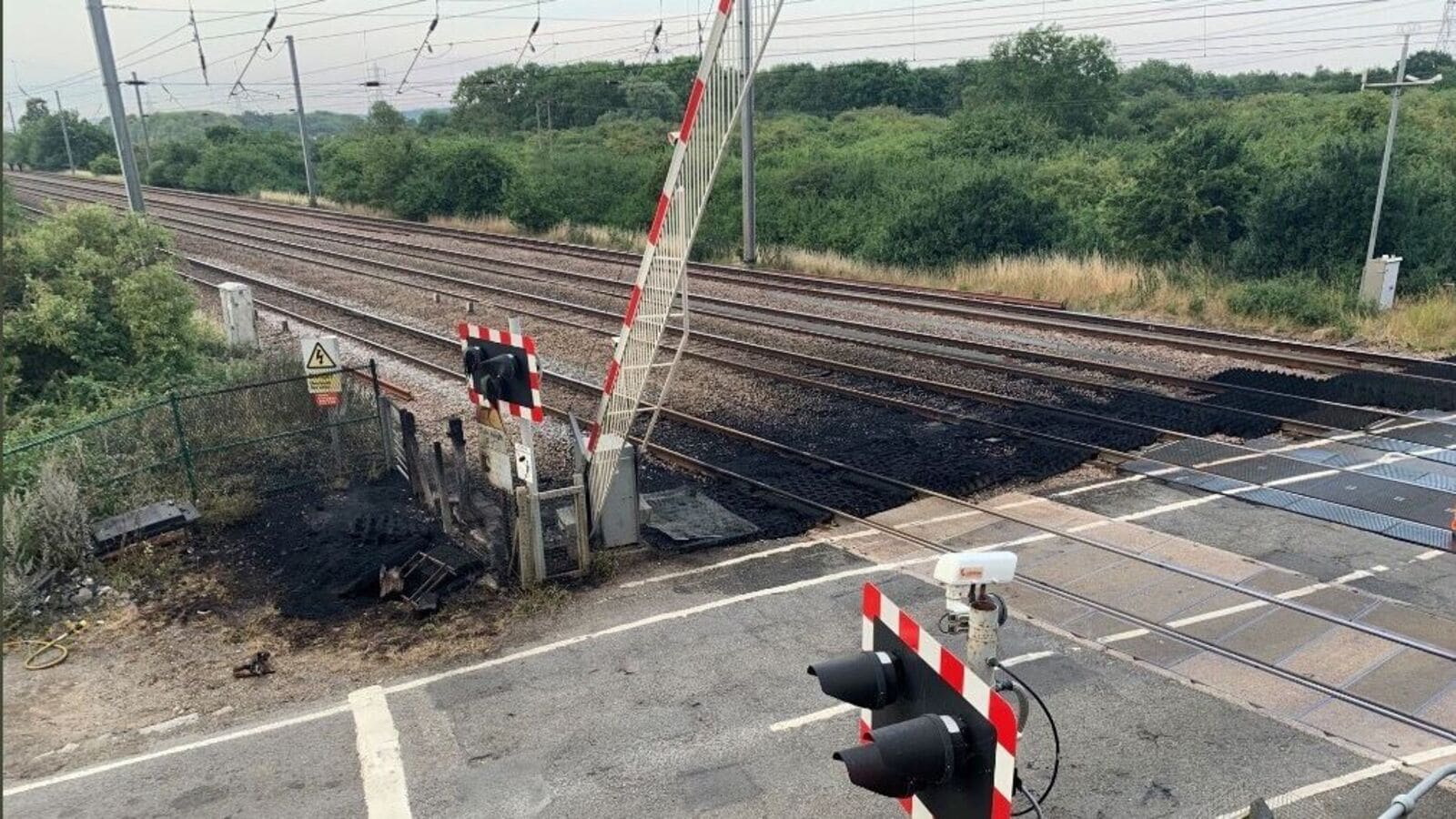 The UK may have never been so hot. A country that celebrates every time the sun shines, now runs for shelter.

Britons simply cannot imagine the record high temperatures recorded in many parts of the country. Roads and traffic signs in many places cannot withstand it. Local reports highlight how unprecedented heatwave conditions have melted roads in parts of the UK and turned road signs into various shapes. To put that into perspective, temperatures as high as 40 degrees Celsius have been reported in some places, with road temperatures reaching 50 degrees Celsius.

The UK may have never been so hot. A country that celebrates every time the sun shines, now runs for shelter. And the infrastructures in place are not adapted to these conditions. The UK’s Mirror reported that one particular road in the town of Stockport, Greater Manchester, was starting to melt, with motorists having to drive their vehicles over the sticky surface. A few pointed out how the melted tarmac was getting stuck in the tire treads.

Elsewhere, rail and road signs have begun to melt in the intense heat. This led to several and serious disturbances on the track and the tarmac. Authorities are asking travelers to check timetables and routes to ensure they are not inconvenienced.

Motorists in particular are also urged to stay hydrated and keep the car’s air conditioning on at all times. Indeed, there are fears that the heat wave could threaten the attention and ability of drivers while on the move. In the rare case of an accident, a driver may also be penalized.

The heat wave is not limited to the UK, as many parts of Western Europe are currently in the grip of unusually high temperatures. Many parts of France and Spain experienced temperatures in the late 30s or even early 40s.