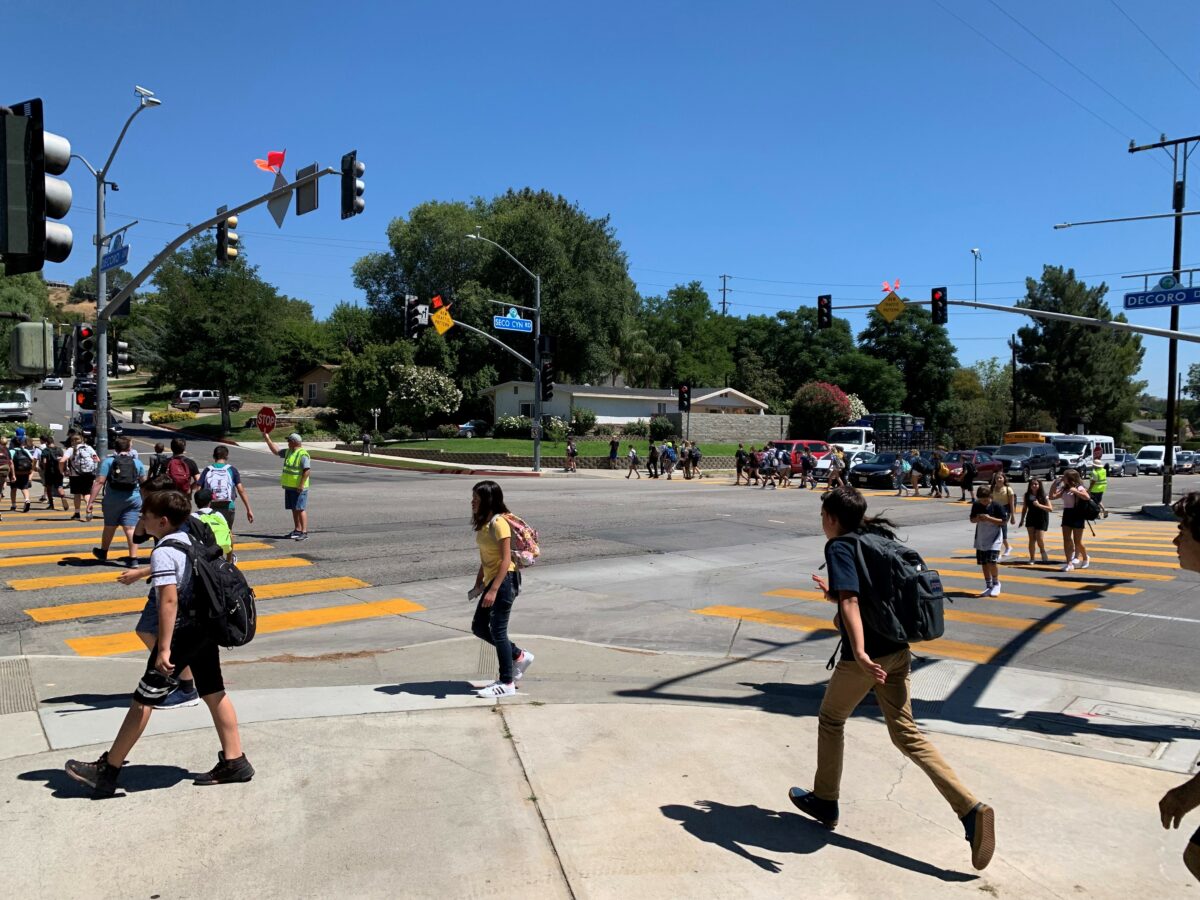 Caltrans recently awarded the City of Santa Clarita a statewide award for a traffic system in the Saugus area that keeps pedestrian students and commuters safe on the road.

The award, announced in a statement distributed Wednesday, recognizes the “measurable results” of the modified traffic signal program implemented in 2019 at the intersection of Seco Canyon Road and Decoro Drive, near Santa Clarita Elementary School and Arroyo Seco High School.

“Prior to the upgrades, during school hours, particularly peak drop-off and pick-up times, the intersection of Seco Canyon Road and Decoro Drive was heavily congested with vehicles and pedestrians,” the statement read. . “The city’s exclusive time-of-day pedestrian crossing, also known as ‘pedestrian rush’, has been implemented during these peak hours to help keep traffic flowing safely. .”

The “Pedestrian Scramble” program is activated during certain school hours and allows all pedestrians to cross simultaneously while all vehicles are stationary, officials said.

“As well as allowing children to cross the street without the risk of turning cars, traffic flow is also improved as vehicles no longer need to wait for large volumes of pedestrians to clear the crosswalk before making a turn. turn when the light is green,” it read. the statement. “This new traffic pattern is complemented by ‘traffic signs’, which clearly indicate to drivers when it is safe to turn right through the intersection.”

The Caltrans Excellence in Transportation Award is designed to highlight the best projects of the year from Caltrans districts and programs, public agencies, private contractors and consultants statewide.

“The project has resulted in reduced congestion and shorter travel times for motorists, and improved pedestrian safety for students and parents who use the crosswalks at this intersection daily,” it reads. on the Caltrans website in reference to the “Pedestrian Scramble” program.