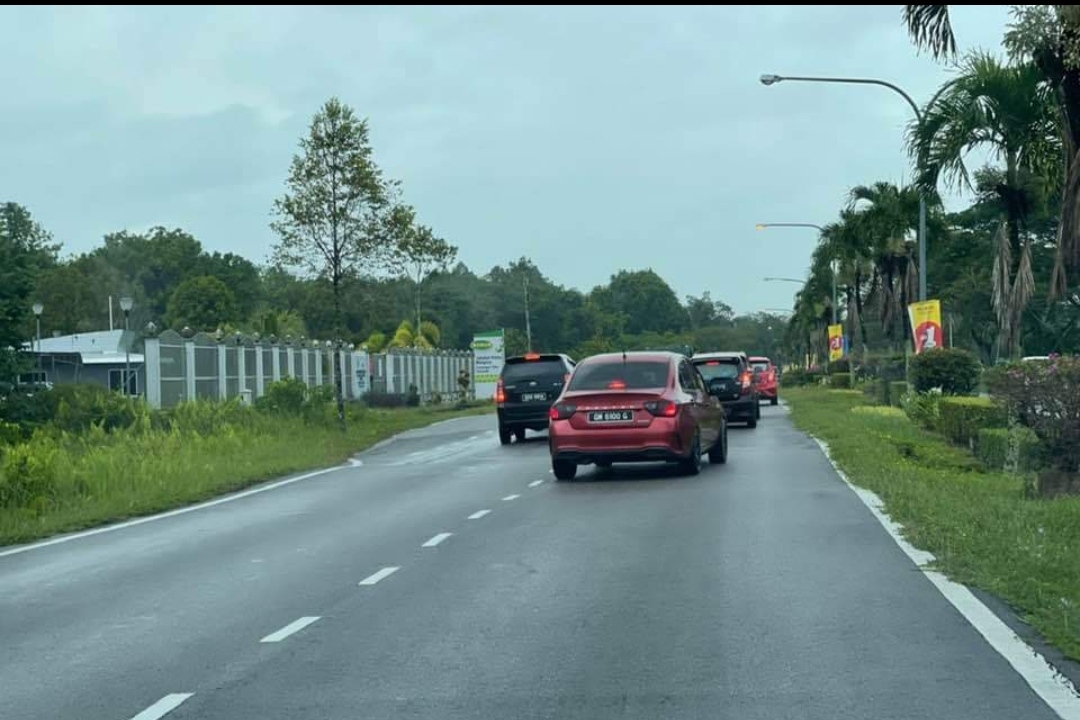 SIBU (Jan 8): The Gabungan Parti Sarawak (GPS) team in Sibu would hold discussions on the proposed traffic flow study to be submitted to the state Ministry of Transport, said Joseph Chieng, member of the Assembly of Bukit Assek.

He stressed that the study was “very important” to help improve the traffic system in Sibu.

Additionally, he anticipated a greater traffic flow along Jalan Wong King Huo and Jalan Salim here as more development would come to these areas.

“I also anticipate that with the completion of the link road between Sibu Jaya and Jalan Kong Yit Khim in the future, there will be heavier traffic along Jalan Salim and Jalan Wong King Huo,” he said. -he said in a statement yesterday, issued in response to complaints by a Facebook user named Mathew Chung, who called on authorities to address the daily traffic jams affecting Jalan Jerrwit Barat and Jalan Wong King Huo (next to the roundabout of Bukit Lima) here.

“Even getting out of the house with such a queue is problematic,” Chung wrote, after observing that many motorists from Jalan Bukit Lima Timur and some from Jalan Belatok would use Jalan Jerrwit Barat and Jalan Ming Huo to access the main road, Jalan Wong. King Huo, before reaching the roundabout and heading towards the city center.

He lamented the heavy traffic there during peak hours, recalling that previously vehicles could drive out of Jalan Jerrwit but motorists could not do so now as now the flow of traffic only allowed entry .

In this regard, Chieng said he recently engaged with the teams from the Public Works Department (JKR) and the Sibu Municipal Council (SMC) to discuss traffic issues in Sibu.

He recalled that a few years ago, a traffic flow study was conducted in the Central Business District (CBD) with the aim of addressing traffic issues affecting the urban area.

However, Chieng noted that no traffic flow studies have yet been carried out in areas outside the CBD.

“That’s why we need to talk to the Sarawak Ministry of Transport, proposing that we do a study on traffic flows in areas outside the CBD – for example, areas along Jalan Wong King Huo, Jalan Salim, Jalan Oya, Jalan Deshon, Jalan Ling Kai Cheng and Jalan Teng Chin Hua.

“At the moment, the traffic (flow) outside the city is as bad as the city, especially during peak hours,” he said, adding that the construction of a road linking Jalan Wong King Huo to Jalan Airport could be among the measures put in place to ease traffic congestion.

“It was one of the items included in my manifesto for the recent state elections,” he said, adding that the GPS team would also look at other issues such as flooding, clogged or broken pipes and sinking roads.

Meanwhile, SMC Chairman Clarence Ting said in regards to Chung’s complaints, the board would look into the matter closely.

“Every morning, at rush hour, the cars backed up towards “Jabatan Kimia” (premises of the chemistry department) or even further. I hope the JKR will consider solutions like closing the roundabout in front of the JPJ (Road Transport Department building) and installing traffic lights at the Permai exit.

“Some adjustments should be made as the traffic volume on Jalan Tunku Abdul Rahman would only increase over time,” he said in a statement.

In his remarks, SMC Standing Committee on Works and Traffic Chairman Raymond Ting said his side had taken notice of Chung’s complaints.