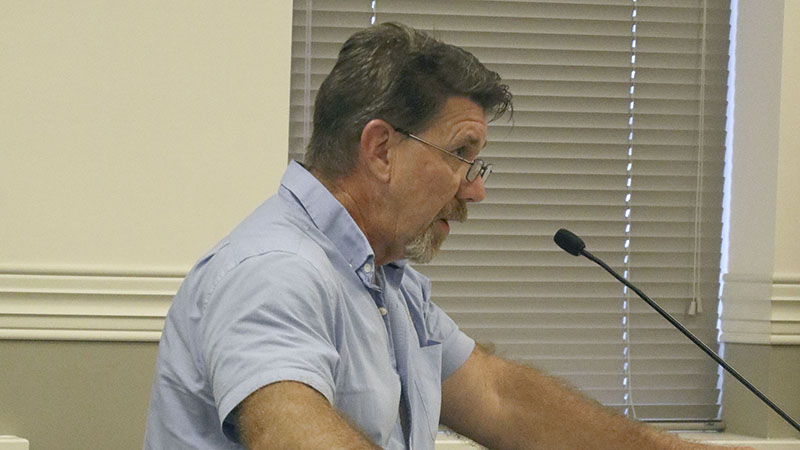 Changes in the management of traffic lights and the possible installation of a roundabout near the entrance to Walmart were discussed at Tuesday’s meeting of Picayune city council.

Public Works Director Eric Morris spoke to council about a request from the Mississippi Department of Transportation for the city to reach an agreement to install a new system to manage traffic lights near the freeway. 11.

Morris added that the change would include installing traffic cameras, but those cameras would not be used to enforce traffic violations.

If the system is installed, MDOT staff would be able to adjust traffic light timing remotely from the main office.

Morris added that a second phase of the plan is being proposed by MDOT which would involve installing a similar system at the water well near Walmart.

As the matter was for discussion only, no motion was presented.

In another case, Council heard of a request for a cost estimate and a study regarding the possible installation of a roundabout at the entrance to Walmart and surrounding commercial spaces. When asked by councilor Tammy Valente if a roundabout was the only option, Jonathan Hickman of Dungan Engineering told council that there would be at least three options for the project and not all of them would involve the installation of ‘a roundabout.

“I promise you a roundabout isn’t the only option,” Hickman said.

Councilor Jan Stevens also asked if there was a possibility of creating a road between the Walmart area and Home Depot. Hickman said this is also under discussion.

In other matters, Council approved a motion to install five more lights at the municipal airport for safety reasons as part of the airport taxiway project. Hickman said the total cost of the change order is $ 7,360, which is expected to be 100% covered by funding from the Federal Aviation Administration in March of next year.

Council also approved a motion to request quotes for road and drainage work near the intersection of Cooper Road and Country Club Drive. Hickman said the work is needed to fix not only the drainage issues in this area, but also a dip in the road that is causing some vehicles to sink.

The next meeting will be on October 1 at 5 p.m. at City Hall.

From 66 to 50: an intelligent circulation system reused to speed up Loudoun’s journeys