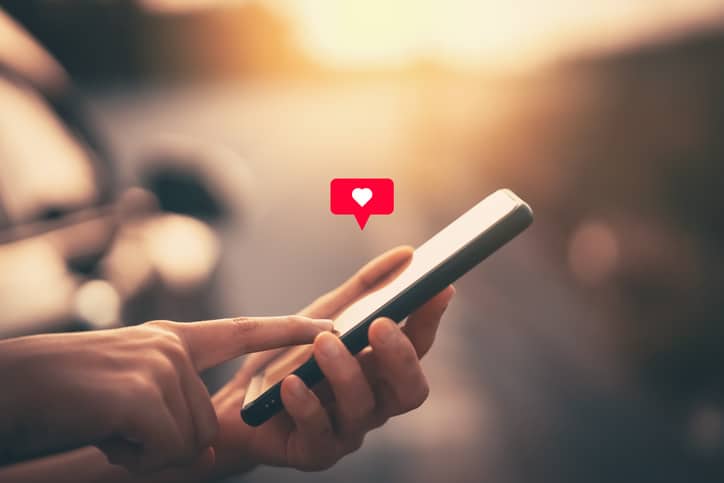 Older eHarmony users may just be learning about the “traffic light system” now promoted on the website for determining a healthy date. However, slang has been around since October last year when it unsurprisingly originated on Twitter.

The red flag emoji came first, used on Twitter and TikTok to literally signal that a potential mate’s actions are worrisome enough to bail out a new relationship.

According to eHarmony’s latest survey, 89% of Australians think it’s just as important to notice green flags (like strong eye contact) as red flags (being rude to the waiter or being legless on the first date). you).

eHarmony even fluttered around a new yellow flag, for when a date pulls something that might cause you to gently step on the brakes.

Australian men and women consider a potential partner to be their ex’s best friend a yellow flag. Interestingly, this is more of a problem for men than for women (51% vs. 38%).

The most common yellow flag was a sign of being broke, noted by 54% of all Australians. Being upset by criticism was the second commonality, with 47% of men and 42% of similar women responding that it would make them skeptical.

If a potential partner is always late (51%) or finds it difficult to express their feelings (43%), many Australians will also push them into the yellow zone.

When it comes to red flags – the dealbreakers, the tough no-noes – your average friendly Aussie won’t tolerate a date being rude to bar or restaurant staff; 70 percent of men and 83 percent of women consider this a total refusal.

If your date clearly doesn’t listen to a word you say, or drinks enough to sink the Titanic, over 70% of Aussies wouldn’t call again.

Men and women were slightly misaligned on two red flags: being jealous that you were talking to other people on your date (62% of men vs. 78% of women) and describing their exes as “crazy” (58 % of men versus 78% of women).

“It’s much more of a dealbreaker for women than it is for men, perhaps because it’s seen as misogynistic behavior,” eHarmony said.

What do Australians like in a potential match? Someone who really listens (75%), followed by being present in the moment (71%) and good eye contact (70%). For 67% of Australians, being asked about themselves on a date is also a green flag.

Finally, a good sense of humor attracts three-quarters of women (70%) and just under 60% of men.

And now, Canberra Weekly has compiled some red vs. green stories for your education and enjoyment. Please note that all names have been changed for privacy reasons.

“I dated a girl who was nice but had a colorful Amity Affliction tattoo on her calf. We saw the new Star Wars movie together, then I went back to her house. I already knew she smoked, but nothing said, “quite abandoned” like a Hofbräuhaus Stein glass, overflowing with cigarette butts on the deck. –Leslie

“To me, personal style is important, regardless of gender. I’m not asking for anything in the world, just a sense of style and personal taste that indicates they’ve thought about how they dress, which Fits them and makes them feel good. A well-put-together outfit communicates personality! – Andy

“When I was 22, I matched someone who was 19 on Tinder. We were planning on going somewhere Mexican. I asked if she wanted a drink…she said that she shouldn’t. In this case, not only was she 17, but also the senator [redacted]her daughter. –Leslie

“Being willing to communicate boundaries openly and respect mine is a green flag. A guy I’m seeing right now is wonderful for that, he’s patient and checks in on how I’m feeling and doesn’t push me any further than I’m willing to go. And it makes it fabulously easy to reciprocate! Communication is key, who knew? -Andy

“This guy had dirty fingernails, like all black, covered in dirt, fingernails. I investigated and asked if he liked cars, played sports, liked gardening, anything that excused fingernails. No, nothing, he just had poor hygiene. -Liv

“He kissed me as a greeting on the first date and it didn’t seem scary/weird. We had lunch and continued to figure out things to do so we could continue the date, the weather s ‘ flew away. We ended up hanging out for over 5 hours and even immediately after the date ended, we continued to message each other. We’re still together, even though he loves ‘Rick and Morty’ ( big red flag.) – Liv

“She stayed on her phone for 75% of the appointment. When I went to pay for our lunch, she just stood there completely expecting me to pay, then didn’t even say thank you… She walked out the same way she came in, no class. –Miguel

Get all the latest Canberra news, sport, entertainment, lifestyle, competitions and more straight to your inbox with the Canberra Weekly Daily newsletter. register here.