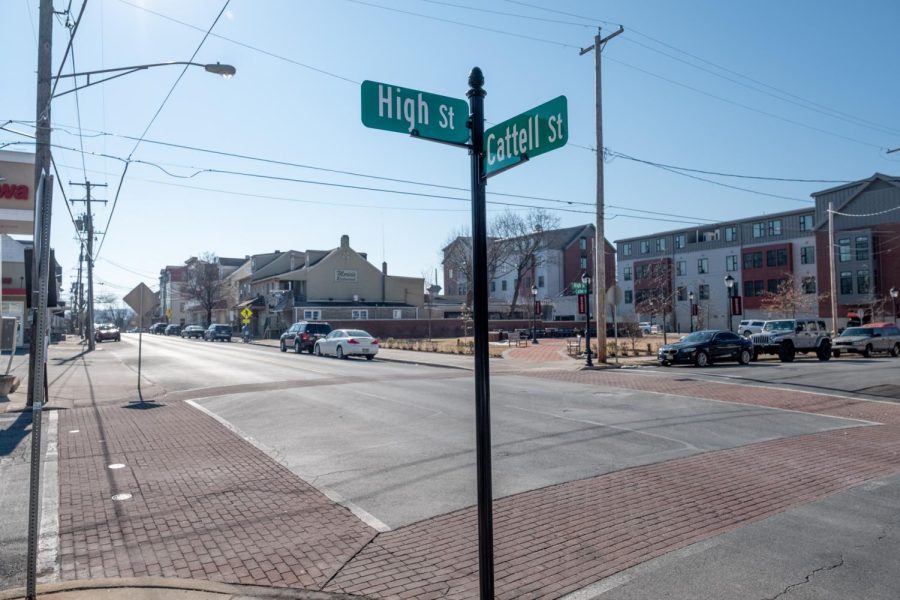 Many students require a traffic light at the intersection of Cattell and High Street. The City of Easton is evaluating certain streets to make them safer for students and pedestrians, and tits crossroads has been the subject of controversy over the years.

Although there is a crosswalk and a sign for pedestrians, these do not prevent passing cars from speeding with little regard for anyone crossing the street. Many students believe that a stop sign or red light would provide more consistency for pedestrians and increase overall comfort levels.

“It’s not just students who pass through Cattell, members of the community are also frequent travelers and they deserve to feel safe and seen in their travels. Personally, I have had many close encounters during the day when parked cars block my view of oncoming cars with cars honking or braking quickly, despite my right of way to cross the street,” Abigail said. Schaus ’24. “Cattell Street and the safety of those crossing should receive more attention from college administration.”

“I believe we should all exercise caution whether we are driving or walking. But I would be in favor of setting up a [traffic light] in Wawa to prevent any further incidents in our community on the Hill,” Caceres said. “We would all be able to help drivers and pedestrians stay safe if this initiative were implemented.”

SState Rep. Robert L. Freeman stressed the importance of traffic signs and making sure pedestrians feel comfortable crossing the streets of Easton, especially given the large number of students walking.

Freeman is working to improve safety on Knox Avenue, which has posed a threat to many pedestrians due to the dangers associated with the curve. Vehicles often exceed the speed limit and the curve prevents pedestrians from seeing oncoming traffic.

“There have been two issues with Cattell regarding a series of accidents and the most recent involved the intersection of Lafayette Street and Cattell which leads to Knox Avenue,” Freeman said. “It has been the scene of many accidents because it is in a very precarious and awkward curve.

Freeman also said he was in discussions with Easton Mayor Salvator J. Panto, Jr. about the issue of pedestrian safety around College Hill.

“I met with PENNDOT – the Pennsylvania Department of Transportation – and Mayor Panto to resolve the issue,” Freeman said. “We have a follow-up meeting at the end of March to implement improvements, slow traffic and make the engine[ists] aware of the nature of the intersection.

There are a number of improvements that PENNDOT is looking to put in place to slow down traffic. One of the things that they have started to put in place that will become more permanent in the spring is the installation of strips. This creates a visual effect that depicts the road as narrow, causing vehicles to slow down as they descend Knox Avenue. The lines are painted at this time but PENNDOT is looking to make them permanent with the application of thermoplastic in the spring, which is more durable.

Freeman also pointed to the difficulty of solving the problems students face crossing the intersection near Wawa. Due to the existence of other traffic lights, installing more can be a daunting challenge.

“There was another issue with High Street which was attempted by the town of Easton. [traffic lights] higher Cattell,” Freeman said. “One of the two would have to be removed to put a new one in place, but these two security elements are very important and cannot be removed.”

Freeman nevertheless stated his strong support for this light due to safety concerns for students late at night.

“However, I still believe there is a need for the [traffic light] at the intersection of High Street and Cattell because it’s precarious for students, in particular, crossing the street,” Freeman said.

While the city has taken the initiative to make Knox Avenue safer, it remains unclear whether he will implement further changes at the Cattell Street intersection.

6 Steps to Buying a Used Car and What to Avoid