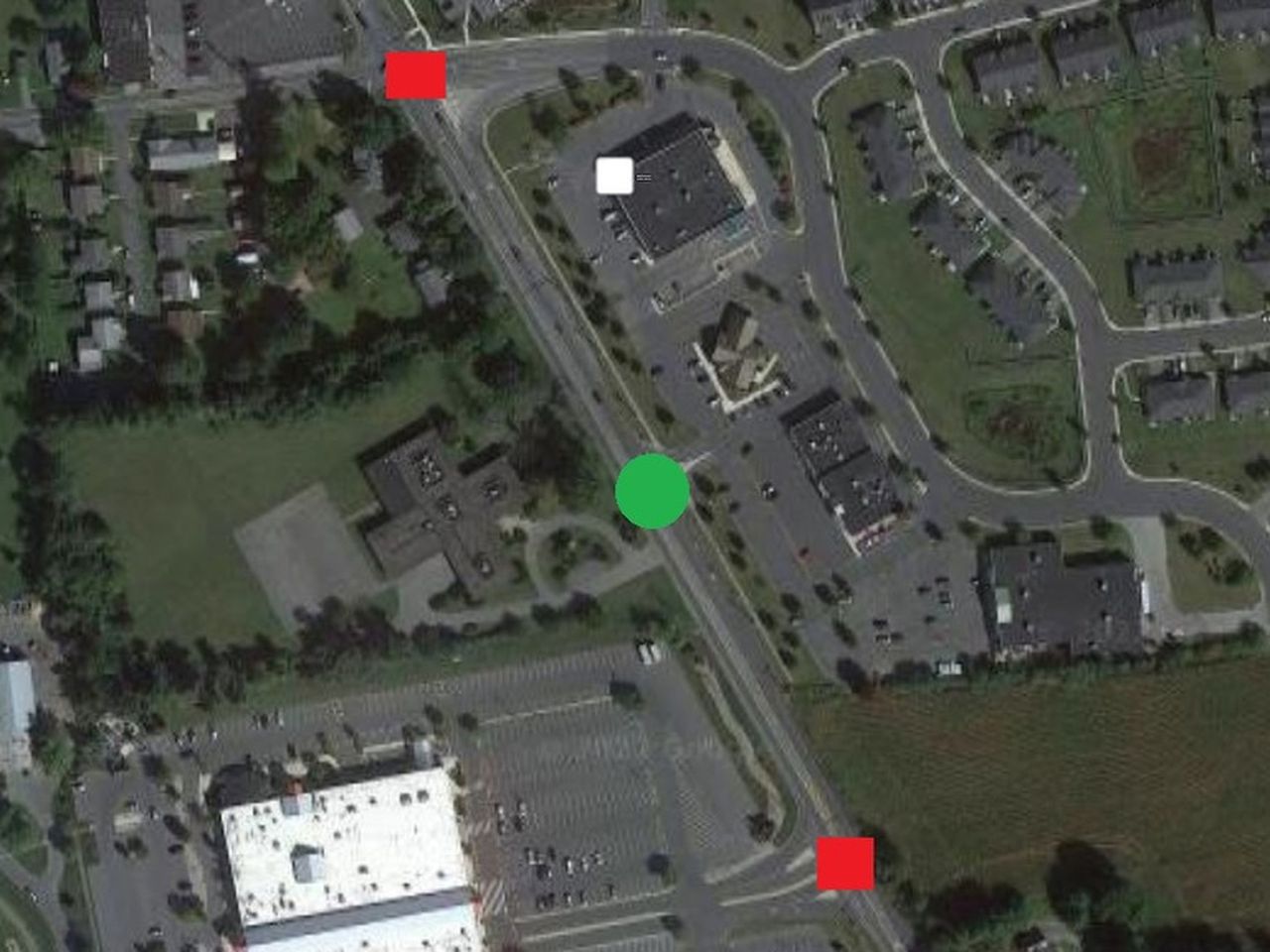 The engineer for a Forks Township development says a roundabout is probably the best way to manage traffic at a restaurant, car wash and veterinary clinic. At least one township supervisor isn’t so sure, though.

The roundabout is proposed on the site of a mixed-use commercial development at 1900 Sullivan Trail. Posh Properties offers a Chipotle restaurant, car wash, veterinary clinic and other businesses on the former 6-acre site of Hanson Aggregates.

The entrance to the proposed development is across the street from the mall which houses Big Woody’s Sports Bar and Grill and several other businesses.

The Pennsylvania Department of Transportation asked township officials for feedback on whether a traffic light or roundabout would best handle traffic.

There are already two nearby traffic lights on Sullivan Trail: one at Zucksville Road about 500 feet north of the proposed development and another about 400 feet south at the entrance to the Park Plaza Mall.

The developer’s engineer, John Wichner of McMahon Associates, said PennDOT officials asked him to investigate whether a third traffic light was the right choice for the location or whether a roundabout would be better.

Either option will be the financial responsibility of the developer to build.

Wichner said he favored the roundabout option, which would keep traffic flowing between the two nearby traffic lights.

Wichner made a presentation with video simulations of each choice at Tuesday’s meeting of the Forks Township Planning Commission, which also included township supervisors.

The light would alternately stop traffic on Sullivan Trail and at the entrances to the two commercial areas on either side of the road.

A roundabout would keep traffic to the right around it. Vehicles will be able to continue on Sullivan Trail by going around the circle or exiting at either of the malls on either side of the road.

Wichner said the township and PennDOT will need to discuss traffic impacts; vehicles likely to back up at traffic lights or roundabouts; the circulation of pedestrians and cyclists; the Sullivan Trail Master Plan; connectivity; and whatever other priorities are important to the township.

“Both (the traffic light and the roundabout) are appropriate tools for ability,” Wichner said.

Several speakers at Tuesday’s meeting, including supervisor Dan Martyak, said they were concerned about pedestrians trying to cross Sullivan Trail.

Both options would include crosswalks across Sullivan Trail and through mall entrances.

A traffic light would stop traffic and include pedestrian crossing signals. The roundabout would have an island “refuge zone” between lanes of traffic so that pedestrians would only have to cross one lane of traffic at a time.

Martyak said he was concerned about the safety of landing zones for pedestrians in the roundabout option and likened it to “playing Frogger”.

However, Wichner said PennDOT studies have suggested roundabouts are actually the safest option for pedestrians and vehicles. Although roundabouts do not stop traffic, there would be signs directing vehicles to yield to pedestrians.

Planning commission members and supervisors said they needed time to consider the options presented by Wichner. Township officials are scheduled to meet with PennDOT in the coming weeks.

Our journalism needs your support. Please subscribe today to lehighvalleylive.com.