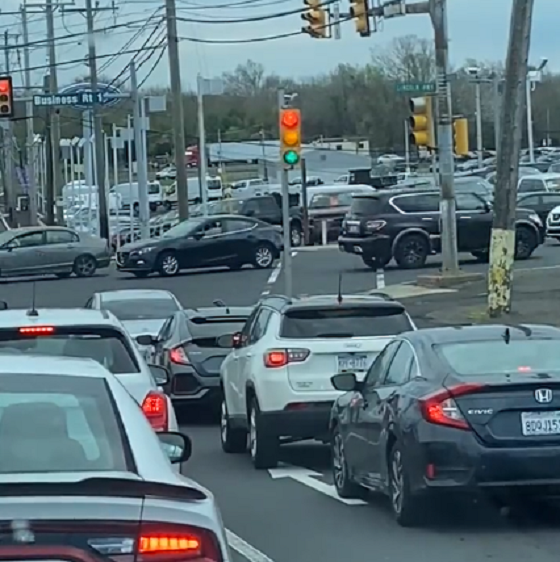 TRAFFIC LIGHT PROBLEM: red, yellow, green all at once

For drivers along Woodbourne Road on Tuesday afternoon and evening, there was a problem – one of the lights at the intersection with East Lincoln Highway was showing red, yellow and green at the same time.

Drivers – some confused – stopped at the traffic light as he flashed all the signals.

Middletown Township Deputy Superintendent Nick Valla said the problem was caused by a short in the traffic light wiring.

Once the township learned of the malfunction, traffic light maintenance contractor Armor and Sons Electric responded to examine the traffic light.

“The malfunction was fixed last night and the signal is working,” Valla said.

The short circuit was caused by normal wear and tear, the township deputy director said.

The township will soon see the adaptive light timing on the signal reset to allow the system “to adjust schedules again based on traffic volume,” Valla said.

PennDOT officials said an intersection with a non-functioning traffic light should be treated as a four-way stop.

According to the U.S. Department of Transportation, the red on the lights is used because it came to symbolize the stopping of horse and wagon riders who showed up at an active railroad crossing in England.

When cars came on the scene, red kerosene lanterns were used to mark dangerous obstacles on the road in the United States. The first traffic lights for cars had red to stop and green to go.

“By the time a third lens was added to traffic signals to indicate the change interval, yellow had become associated with ‘caution’ via its use on warning signs”, according to the 1971 Federal Literature on the history of traffic lights.

Report a correction by e-mail | Editorial standards and policies