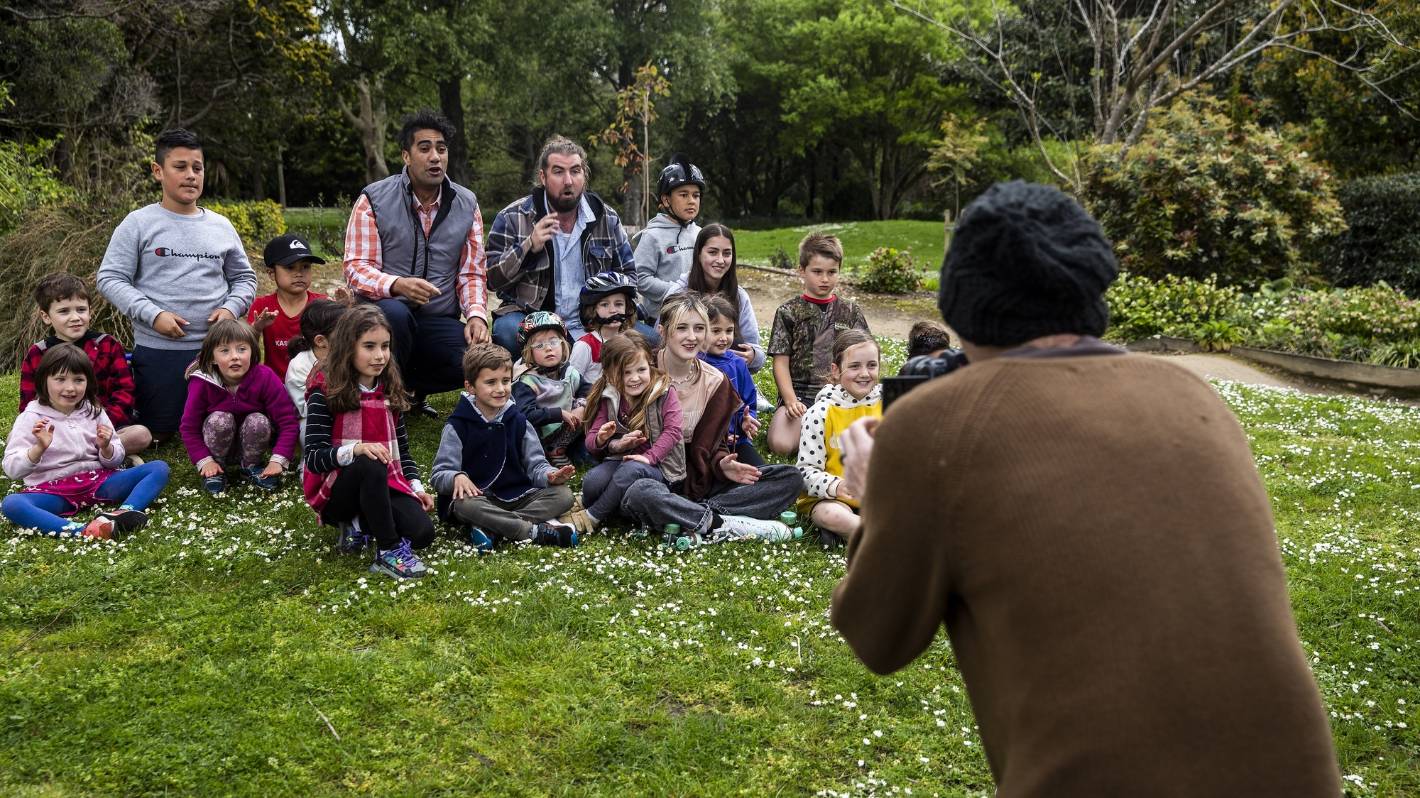 Children’s singing duo Kane Parsons and Regan Taylor, also known as KaRs, The Kane and Regan Show, have given new life to one of their original works.

The couple reunited in 2004 after devastating floods hit Manawatū, visiting local schools and preschools to instill some joy.

A grant from Palmerston North City Council helped them create a CD of educational songs about good manners, respect, hygiene and math.

But although they made audio recordings, the teachers requested video recordings.

So the pair asked the city council-backed Creative Communities program and NZ on Air for funding to put up moving images with three numbers – The song of greeting, Dirty hands (a pre-Covid-19 song about hand hygiene), and The song of the traffic lights.

“It was great seeing them again and seeing the songs still hold up.”

The first video was shot at the Centrepoint Theater in Palmerston North, and the second in the Parsons parents’ driveway and laundry room.

The Victoria Esplanade Junior Road Safety Park was the perfect setting for The song of the traffic lights.

It was designed as a safe place for children to get on their wheels and practice for the road, away from traffic.

It includes a miniature roundabout, stop and passage signs, and the most important traffic lights.

In early 2019, a community drive saw nearly 30 bikes donated to the facility, which can now be reserved for use by groups of children.

Descendants of friends and families were recruited to illustrate The song of the traffic lights, including Parsons’ own 4-year-old Kippy Hehir-Parsons and his friends from kindergarten in Milverton.

Parsons said they couldn’t have found a better location for the song, which he admitted was “a bit subversive,” teaching children to teach their parents that an amber light means ” slow down immediately “, do not accelerate to cross the intersection until the lights turn red.