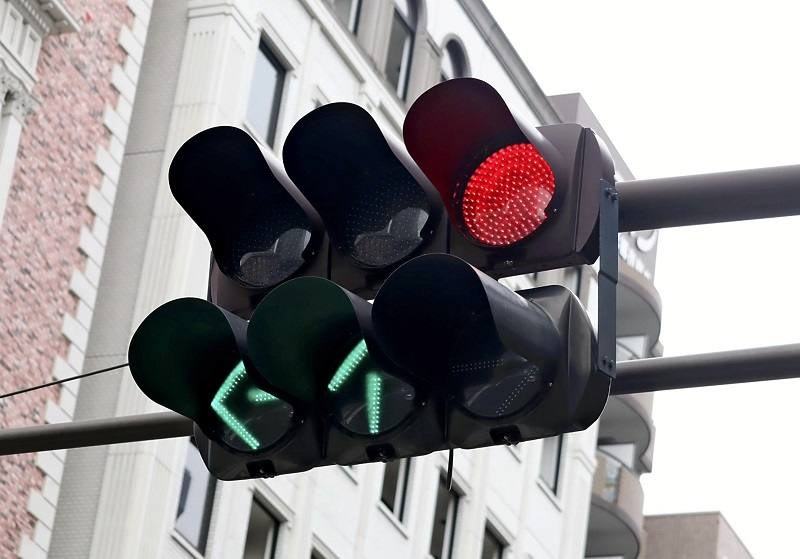 The modernization of traffic lights throughout the country is affected by the shortage of semiconductors due to the spread of the new coronavirus and the invasion of Ukraine by Russia. There are instances where the inability to procure equipment to control traffic lights has led to delays in replacing lights in accident-prone areas, alarming police and industry groups.

At the busy Kanagawa 2-chome intersection on National Highway 15 in Kanagawa Ward, Yokohama, there were four crashes causing death or injury between December last year and August this year. In the aftermath, the Kanagawa Prefectural Police decided to replace six of the 10 traffic lights at the intersection with a new type of signal that can display arrows for turning right and left as well as going straight. The crashes involved right-turning vehicles colliding with motorcycles or cars coming straight into the opposite lane.

But the new type of signal is equipped with a high-performance controller that requires semiconductors.

Since there is no prospect of replacement due to shortage of semiconductors, the police decided to move a high-performance control unit already in use at another intersection to the Kanagawa 2-chome intersection as a stopgap measure. The old-style checker will be used at the old intersection for now.

“We have to prevent another accident from happening while waiting for the semiconductors. This is only a temporary measure,” a police official said.

In Kanagawa Prefecture, 250 control units were due for replacement last year, but 50 of the replacements did not happen as planned. In some cases, the replacement was only completed this fiscal year, five months late.

It is also unclear whether the planned replacement of 286 units by the end of this fiscal year will go smoothly.

In Gunma prefecture, the installation of about 70 monitoring units was completed nearly six months behind schedule for the previous fiscal year.

In Tochigi Prefecture, the planned replacement of 28 traffic lights has reportedly been postponed until this fiscal year.

In a February survey of 202 member companies by the Association of Traffic Light Construction Companies of Japan, 33 companies in Tokyo and 25 prefectures said they had experienced delays in delivering traffic signal equipment. The questions focused on the impact of the semiconductor shortage, and 70 companies responded.

“We don’t know how long the shortage will last, but we want to work with the police to make sure road safety is not affected,” said Naoki Akiyama, director of the association.

A National Police Agency official said: ‘In some cases traffic signs and markings have been installed as traffic lights are not available. We will consider giving advice to each police prefecture so that they can set up traffic lights in a planned way.

Have you spotted a heart-shaped fire in Bangalore? Here’s what it means | bangalore