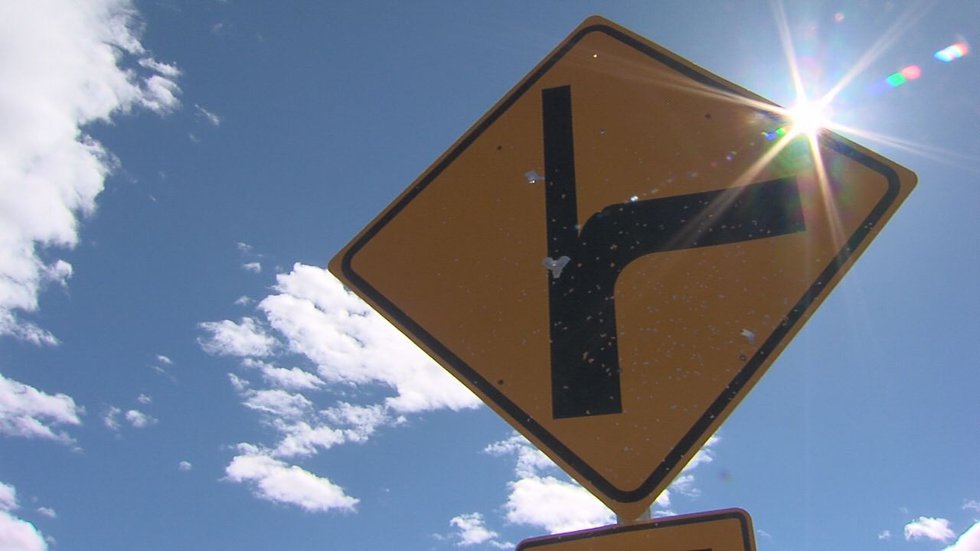 The rural community of Smith Valley does not have many road signs and even fewer traffic lights. Someone tried to damage most of them.

NDOT says 28 signs and five traffic lights were damaged. That’s a significant fraction of the total in this rural community. The cost of replacing them will exceed $13,000 for the panels and lights alone.

Whoever did it – possibly miners – works at night. Catching them won’t be easy, although in this particular community it’s entirely possible.

“It’s a community looking after itself,” said Lyon County Sheriff Al McNeil. “Most of the time, once a parent knows their child is involved, they grab them by the ear and drag them to the police station like the good old days and say, ‘Once you You’ll be done with him, sheriff, take him home ‘and I’ll take care of him.'”

It is a serious crime, however, and if those responsible are not minors, McNeil says it is a crime.

“When you have this kind of vandalism, whether adult or juvenile, the sheriff’s office will take it seriously. We will investigate. In fact, we have a follow-up investigation underway today with some of our employees in the Smith Valley region.”

NDOT has already replaced these signs which were made illegible and therefore presented a road safety problem. The rest will be replaced later, hopefully when the case is resolved and the ongoing damage is stopped.