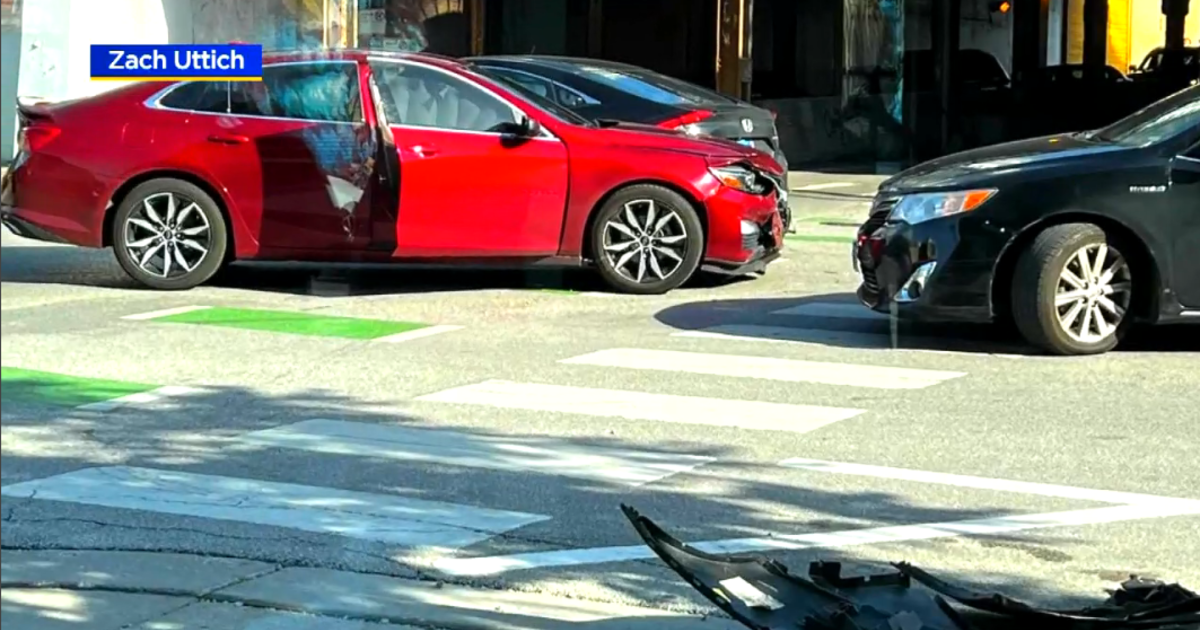 Waiting for the traffic light at the dangerous West Loop intersection could take years, but neighbors want a solution now

CHICAGO (SCS) — It keeps happening; drivers who crashed at an intersection near downtown Chicago. We told you months ago how a business owner documented many of these, to highlight the need for an immediate solution.

CBS 2’s Steven Graves reports that the fix didn’t go live and came back to ask why.

The city has promised a traffic light at the intersection of Halsted and Hubbard streets in the West Loop, but has yet to follow through. After pushing for answers, CBS 2 learned when it might be installed, but in the meantime there is fear.

A Chicago Fire Department vehicle with its front bumper broken, a pregnant woman holding her head near a wrecked vehicle, and a cement truck hitting an SUV, all within the past three days.

The number of accidents has accumulated over the two years he has been there.

“Speaking out helps. Businesses, citizens, individuals; saying it out helps,” he said.

He did just that in February with CBS 2, trying to get a solution to the intersection known for its blind spots and heavy traffic from downtown.

A traffic light is preferable, but the Chicago Department of Transportation now says the process could take two years to design and plan. CDOT claims to collect data, but Uttich said road safety improvements can’t wait.

These are some immediate ideas from him, and from Ald. Walter Burnett’s office didn’t respond months ago, we stopped at the 27th precinct office.

Burnett said he was told by CDOT that the signs would not work at that intersection and that it was a matter of waiting for the fire to come.

As city leaders appear to be standing by, Bosca said his group is continuously stepping up and advocating for change.

He recently spoke to a developer who wants to build near the intersection known for its problems. With that, he says, comes talk of security improvements sooner rather than later.

“Fix it now, at least minimize the problems that existed here. It’s the best thing we can do,” he said.

It’s one of several issues Bosca says he plans to address in a meeting next week with the city. We will be sure to follow up.

Steven Graves is a multimedia reporter for CBS2 Chicago who joined the team in September 2019.

Township of Ephrata. will pay 50% for traffic signal upgrades for security vehicles at the intersection of Route 272 and Garden Spot Road | Community News