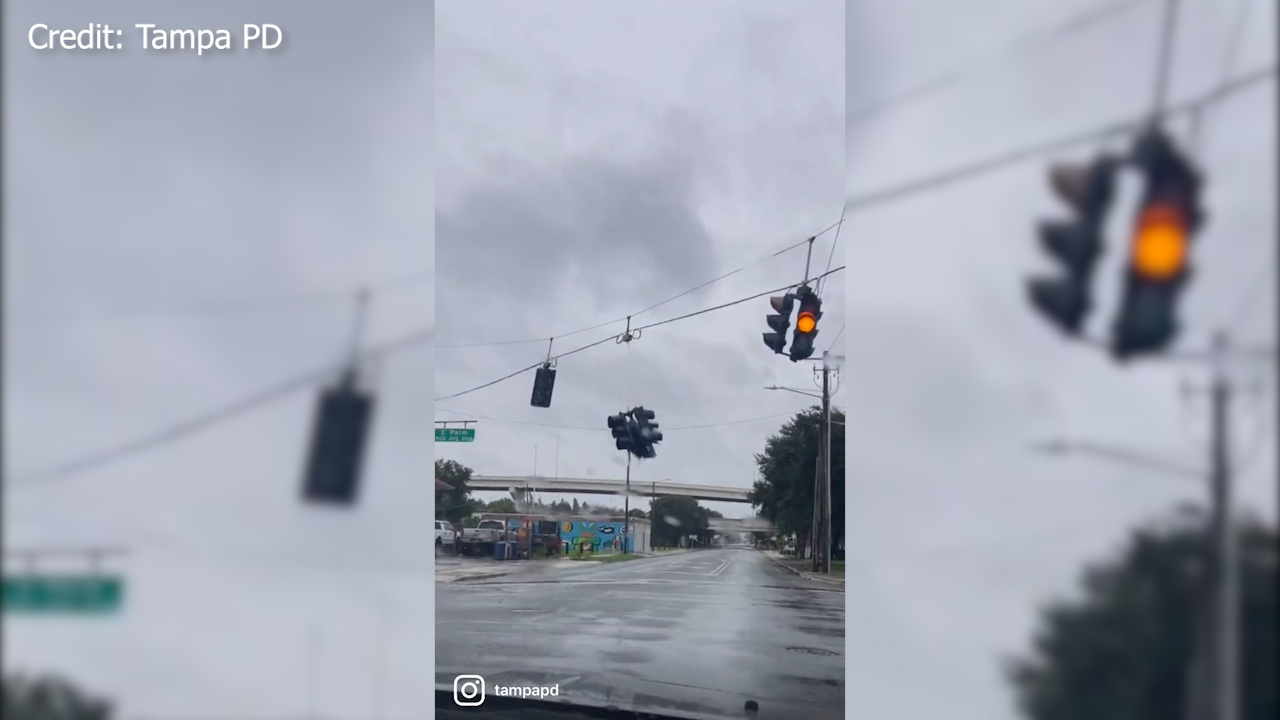 In an attempt to warn residents, the Tampa Police Department released video showing a traffic light falling off its line due to high winds brought by Hurricane Ian.

Video showed the light swaying a bit before it crashed to the ground in front of police officers. Officers then removed the broken traffic light from the road.

“There are live wires,” the department wrote. “It’s 𝙉𝙊𝙏 time to venture out.”

While Tampa suffered less impact from Hurricane Ian, the city was not spared damage.

Downed power lines sparked several fires, according to the head of Tampa Fire Rescue, and police said they saw downed trees and lines across the city.